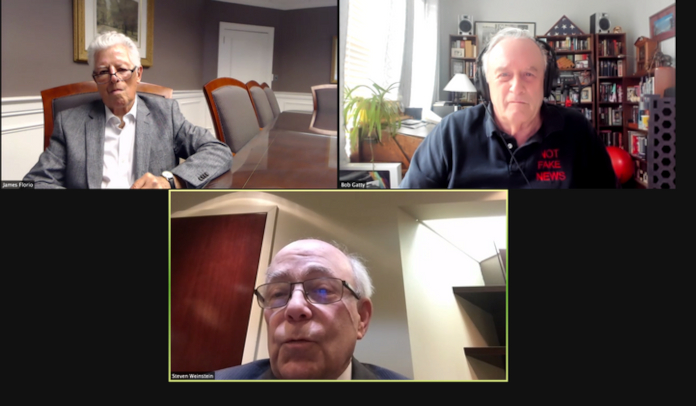 The numbers alone make it obvious. America is facing a higher education cost crisis and it needs to be addressed without delay.

Americans now owe about $1.7 trillion in student debt, more than twice the size of their credit-card liabilities, reports Bloomberg Wealth. And relief is not in sight for many of those borrowers, at least not any time soon.

President Joe Biden’s just-released federal budget plan does not include student loan cancellation, even though as a presidential candidate he urged Congress to cancel up to $10,000 of student loans. Since he has not issued an executive order to do so, he apparently is still waiting for Congress to act.

However, Biden’s budget does estimate that the federal government will incur $53 billion in losses from the federal student loan portfolio, an increase from $15 billion from last year’s budget. The growing losses reflect pandemic relief efforts, such as pausing payment requirements, and lowering repayment levels.

However, in just a few months — October 1 to be exact — monthly installments will be due once again on those student loans as the Covid-19 relief measures expire. More than 40 million people will have to start making those payments.

A primary cause of all this student loan debt is the climbing cost of tuition. In fact, in-state tuition prices among public National Universities grew by 72 percent over the period from 2008 to 2021, U.S. News data shows. Experts say state schools typically have had more room to increase tuition levels compared with their private counterparts, so finding a bargain price at the state level is becoming harder.

For schools ranked in US News’ National Universities category, the average cost of tuition and fees for the 2020–2021 school year was $41,411 at private colleges, $11,171 for state residents at public colleges and $26,809 for out-of-state students at state schools, according to U.S. News’ annual survey. The average tuition and fees to attend an in-state public National University is 73 percent less than the average price at a private institution.

Education policy expert Steven D. Weinstein, former general counsel and executive Vice President at New Jersey’s Rowan University, says it’s past time for colleges and universities to reassess their traditional operations and even their attitudes if they are to succeed in the years ahead. Weinstein’s guidance helped Rowan become a premier research university,

Speaking on an NFN Radio News podcast, which I hosted with former N.J. Gov. Jim Florio, Weinstein says institutions of higher education must recognize that the traditional pool of 18-22 year-old students is shrinking, so ultimately competition for their tuition dollars will increase.

To help control costs while meeting the needs of students, Weinstein suggests that the traditional four years for an undergraduate degree could be cut to three by changing the schedule to be more productive and make more efficient use of facilities that sit idle a good portion of the year.

“Time is important,” he says. “It all translates to cost and it’s going to have to change.”

Overall, says Weinstein, a “common sense approach” is needed to match education with the needs of businesses and employers.

The podcast also includes a discussion of the potential of Big Tech companies like Google and Amazon to expand their on-line course offerings and even issue degrees, the influence of the pandemic online learning, issues involving the granting of tenure, and whether providing cost-free two or four-year college tuition is really a good idea.