Home Opinion Juneteenth Holiday: The Win You Didn’t Ask For 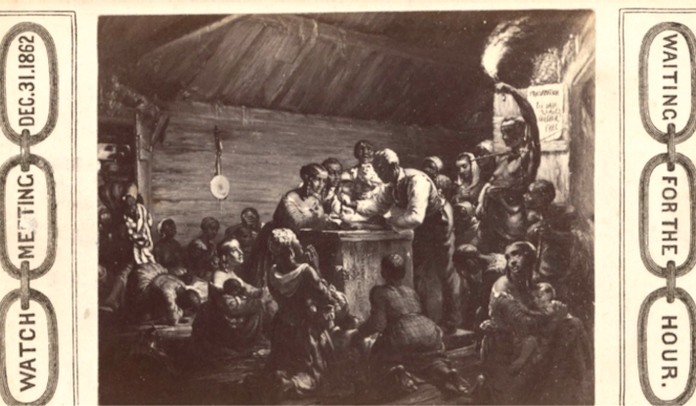 Is China Running into a “Shared Values” Problem?

Congress was quick to approve a national holiday in honor of Juneteenth. Which I’m sure has many Americans scratching their heads, not just Black Americans.

Congress yesterday approved legislation making June 19th a federal holiday, the first time the legislative body has done that in 20 years. While many Americans may celebrate the fact that we now have another federal holiday, I’d be willing to bet that Google saw a better than 3000% spike in searches for “Juneteenth.” Who could have predicted that? Frankly, almost anybody.

The History We Weren’t Taught

Let’s do an unscientific poll. Ask 10 of your friends if they were taught about Juneteenth and its historic significance? I’ll bet that more than 8 in 10 would say “no.”

It’s ironic that Congress so quickly designating another federal holiday but has yet to pass the Voting Rights Act, any legislation relating to police reform, anti-lynching bill, nor even considered reparations.

These are all things that Black Americans have been lobbying for. I equate Congress to your Grandparents at Christmas: You may ask for an X-Box and new sneakers, but you’ll get fruit, nuts and tube socks every time.

It’s not like there was a groundswell of support for making Juneteenth a federal holiday. Nearly all states recognized Juneteenth as a holiday, but legislation marking the Federal holiday wasn’t signed by President Biden until yesterday.

While I’m grateful that there is an official recognition of the significance of this date when all slaves in America were truly free of their bondage, we’ve still got to wrestle as a nation with weighty historical challenges because of racism, economic and social justice as well as judicial reform.

I add my name to the countless millions of Americans who will mark this day’s significance in African American history, for sure. But I will also continue to push for those things that will make long-lasting improvements in the daily lives of Black Americans who have suffered for centuries because of systemic racism and injustice.

I hope that the history books will accurately reflect that there were those at this juncture in who knew that a national holiday marking Juneteenth is low-hanging fruit. We now must shoot for the moon to rectify historic wrongs. And that means securing voting rights, police reform and reparations.

We still have much work to do.