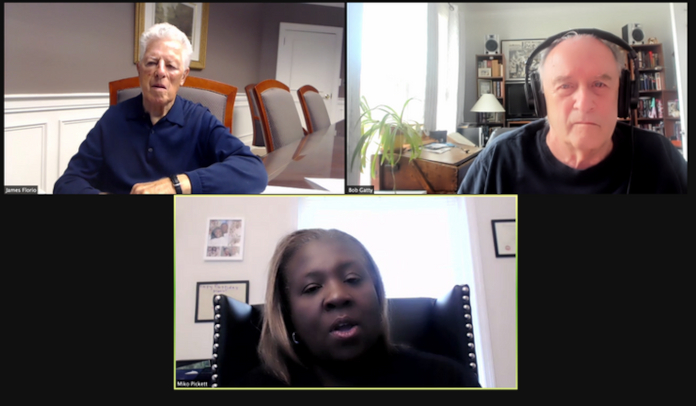 For more than 20 years, Miko Pickett made her mark in corporate IT, and today, this native of New Jersey is making a big time difference in her mostly African American community in South Carolina, where nearly 25 percent live in poverty.

This whirlwind of a woman, who ran for the South Carolina state House of Representatives in 2020 just four years after moving to the Palmetto State, is determined to change her community for the better and help those who are struggling. But she’s doesn’t just talk a good game; she’s in the trenches, doing the work, and making it happen.

The Pick 42 Foundation, which Miko runs with her husband, seeks to accomplish all of this with a store where people can obtain new merchandise for free, a healthy gardens program to help people grow their own food, vaccination drives, toy drives, disaster recovery assistance, and much much more.

She talks about her battle to increase the minimum wage, noting that at $7.25 — the rate in South Carolina that hasn’t changed in 13 years — people are left in poverty and can’t possibly make ends meet. She says she has no sympathy for corporations with high stock prices that refuse to pay a living wage.

During our interview with Miko, in which she tells Florio that her father worked in one of his campaigns and that she considers him “New Jersey royalty,” she says another run for office could be in her future, adding that she’s “just waiting for the call.”

Will she seek the Democratic nomination for Congress from South Carolina’s 7th District in 2022? “Not at this time,” she demurs, noting that such a campaign would be hugely expensive.

“You’re doing a lot of good things in your community,” Florio tells her, emphasizing the importance of “a public-private partnership coming together to do good things.” He lauds her leadership in these efforts and says if she decides to run for office again, she will have his endorsement.