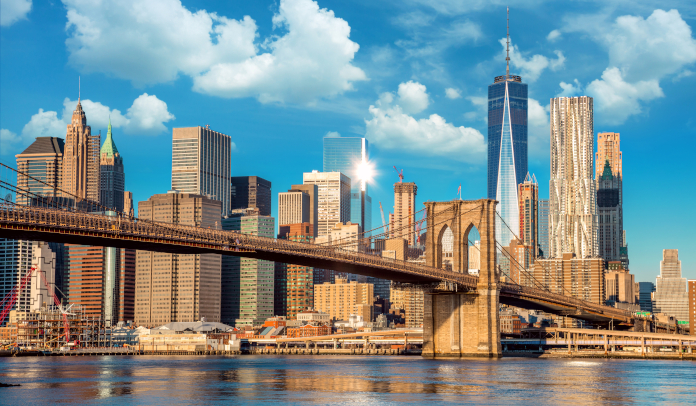 Andrew Yang is no stranger to politics; however, it seems as if lately, more and more ties to the Chinese Communist Party and their support for him as an American political leader is starting to emerge in the public’s view. While many may not be aware, it seems as if there is a link to the CCP that supports Andrew Yang’s Mayoral candidacy.

Why would the Chinese Communist Party want Andrew Yang in the top seat of America’s Financial MECA?

It stands to reason that any Nation trying to take over another without military force, would need to control the levers of political power. To this end, the CCP is well fixated on this goal, so in America’s financial hub, it seems as if Andrew Yang will be their next racehorse. As far as Wall Street goes, the CCP is well beyond setting their eyes on them. They’re already as cozy as pals can be.

This isn’t the only place the CCP has subverted. They have had a massive undertaking over the past 10 to 20 years with a vast network of leaders, scholars and scientists that are all linked back to the “United Front Work Department” of the Chinese Communist Party.

What is the United Front Work Department?

According to the US-China Economic and Security Review Commission, the (UFWD) was initially focused on internal affairs against potential opposition groups inside of the People’s Republic of China. However, their focus has dramatically shifted to overseas influence and coercion. They have been cultivating individuals in both the private and public sector over the years in order to prepare for what the CCP believes is their inevitable takeover of America and the current rules-based order.

The Department continued, “Some of these entities have clear connections to the CCP’s United Front strategy, while others’ linkage is less explicit. Today, United Front-related organizations are playing an increasingly important role in China’s broader foreign policy under Chinese President and General Secretary of the CCP Xi Jinping. It is precisely the nature of United Front work to seek influence through connections that are difficult to publicly prove and to gain influence that is interwoven with sensitive issues such as ethnic, political, and national identity, making those who seek to identify the negative effects of such influence vulnerable to accusations of prejudice.”

The Business and Financial Sectors are Complicit

The American financial and investment systems are no innocent bystanders to this trend. According to the SEC’s (Securities Exchange Commission) Division of Economic and Risk Analysis, as of the end of 2019, there were more than 150 China-based companies listed in U.S. Stock Exchanges. This, among all the allegations and evidence of genocide and wolf warrior conduct over the last decade, both abroad and in the South China sea. Why are U.S. leader and the International community still allowing such behavior?

The financial and business systems that control the means of productions in the United States have always wanted the Chinese market, and now that they have access to it, they want to continue exploiting it at all cost. Over 1 Billion consumers reside in the People’s Republic of China and this is a great incentive for big business to lobby on behalf of better relations with the Chinese Communist Party, but to what end?

While this is still a developing story, we will focus on 1 of the ties that binds Andrew Yang to the Chinese Communist Party, Jong-Tang.

Jong-Tang who worked with and supported Andrew Yang in the “Stop Asian Hate Campaign” rally held in N.Y. on March 21st, is also the President of the American Chinese Commerce Association (Hong Kong). Jong-Tang’s Chinese name is known as “Chen Shanzhuang” and According to XINHUANET, one of the Chinese Communist Party’s mouthpieces, stated that Chen Shanzhuang said he could not agree more with Xi’s speech. Adding that, the Taiwan question is China’s internal affairs and allows no external interference.

Clearly, Jong-Tang is referring to the CCP’s “One China Policy” and the reunification of Taiwan into the mainland as part of that policy. If Andrew Yang is of Taiwanese descent, why would he welcome support from individuals with such ties to the CCP and such disregard for Taiwan’s democratic freedoms? And does Andrew Yang himself support the one China Policy?

Moreover, one of China’s top media mouthpieces like XINHUANET would not give Jong-Tang so much positive publicity if they didn’t support him and if he didn’t believe in them.

According to reports, Jong-Tang listens to and takes order from the Chinese Communist Party’s Council at General in New York. He is also the head of numerous organizations including Chairman of Asian American Community Empowerment. The CCP and their United Front Work Department use these instruments of subversion in order to affect local elections where the total number of votes to win could be less than 10,000. Effectively giving the CCP control over Congress.

With a vast connection of Chinese American communities that support candidates usually backed by the Chinese Communist Party, (Many times without knowing) the tide of any local election could be within their grasp by implementing simple email or outreach campaigns to get out the vote.

One example of this was provided by “Jennifer Zeng of Inconvenient Truths”, who reported on a post by a Chinese American who received a message in Chinese language, which was circulated among American Chinese, which stated “We received information and notice from the Chinese Consulate General in San Francisco, asking us to participate in the “Stop Asian Hate” campaign rally in San Francisco at 11 O’clock on March 27th.”

Why is this important to note?

The Chinese Communist Party has recently started to make their true intentions officially known. Over the last 10 years, they have begun a wolf warrior like conduct in policy, business and even maritime relation surrounding the disputed Islands in the South China Sea.

Recent revelations on how the CCP intends to take over America as a superpower, puts stress on the election system and should put America’s intelligence agencies in a heightened sense of security. Especially over election interference, not from abroad but from within, acting on behalf of the CCP’s best interest. Andrew Yang’s story and the support he currently retains, is right in line with this trend.

Some linguists have even noted that Andrew’s last name is pronounced “young”, yet he spells it “Yang”, which is traditionally a Chinese mainland manner of spelling it. According to some linguist, in Taiwan his last name would have been spelled “young” not “yang” as it is in Mainland China. Some question his ties.

Recent Revelations of The Chinese Communist Party’s Intentions with the U.S.

On a report recently published by the Epoch Times, they focus on evidence and actions taken by the Chinese Communist Party, as well as public statements made by CCP advisors, who is a leading Chinese Professor to the Chinese Communist Party. In which he outlined a detailed plan to defeat the United States. One strategy they have already deployed aims to do this through the manipulation of elections, amongst many other methods and subversive strategies that use both pressure from above and pressure from below.

The pressure from below strategy includes protest and riots in concert with mainstream media to turn the public’s attention to a message with a loud microphone, that benefits the Chinese Communist Party’s narrative and agenda. A message that is much smaller than the mainstream media will make it look like. This includes protest over social issues that can further divide the American populace against each other and the Government. This aims to put stress on the American people into electing a leader that is backed and supported by the Chinese Communist Party.

The strategy from above includes pressure on political leaders through NGO’s and other organizations or agencies. It includes lobbying, coercion of political leaders and big business, getting cozy with Wall Street in order to gain capital investments from funds that use American investment dollars to fund the CCP’s end goal. It includes supporting candidates like Andrew Yang through Organizations associated with the United Front Work Department, such as Jong-Tang and the multitude of organizations that he Chairs.

According to the Epoch Times report, the leading Chinese Professor has a “multi-prong attack strategy which involves a range of malign actions to subvert the United States while strengthening the Chinese regime. They include: interfering in U.S. elections, controlling the American market, cultivating global enemies to challenge the United States, stealing American technology, expanding Chinese territory, and influencing international organizations.”

With so much at stake and the sanctity of human life on the line, why does Andrew Yang think these ties that bind him to the Chinese Communist Party are worth keeping?