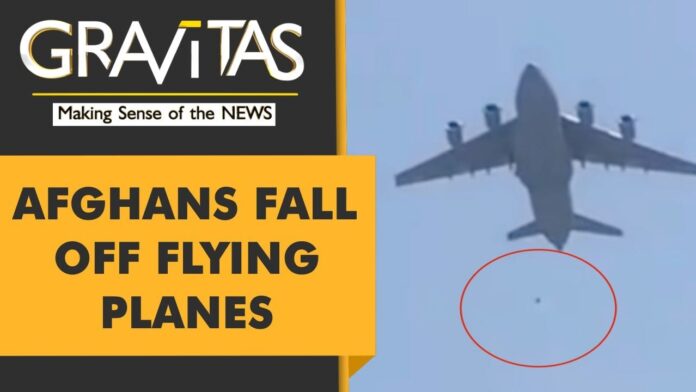 America’s 20 year war with Afghanistan based terrorist organizations seems to meet its untimely retreat in the most disorganized possible manner.

While some still blame Trump for this debacle, others blame Biden and his Administration for poor strategic planning and execution of America’s evacuation out of the country. Making the deal is one thing, but planning the evacuation is another.

If you listen to legacy media today, the same one’s who wholeheartedly supported Biden just months ago, are now keeping their distance to a maximum degree. Based on the past 2 weeks’ press briefings, there also seems to be a disconnect between Biden’s statements and what some of his top staff are saying to the press. Conflicting statements about the security and conditions in Afghanistan has caused a lot of chatter in mainstream media.

Recent News: A Tragedy 20 Years in the Making

Even basic statements are being contradicted by legacy and mainstream media today who were traditional supporters of Biden just months ago. The past few days were full of CNN reports showing the discrepancies between Biden’s claim stating that “civilians are able and allowed to reach the airport.” All the while, video footage shows chaos in Kabul’s Airport, Taliban members going house to house searching for interpreters to exercise retribution and reports and images of women being shot in the head for exercising women rights.

Touching Back On History

Afghanistan is an American war traditionally meant to exercise strength and project power across multiple terrorist fronts.  The United States went into Afghanistan just weeks after September 2001 in an effort to eliminate Al-Qaeda. Afghanistan was a major base of operation for the terrorist group according to reports. During this time, the Taliban lost control and power in their country. Over the years, the Taliban grew into a formidable insurgent force, with plenty of time on their hands.

During the Trump Administration, Taliban leaders were reported saying that “America has the guns and power, but we have the time”. In essence showing that they know America can’t stay in Afghanistan forever and when the day comes, they will be prepared. Under Biden’s Administration, this could not have been easier for the Taliban.

Recent News: How has the Pandemic Affected Floridian’s and their Housing Economic Outlook?

During that time, 12,000 to 20,000 troops were stationed in Afghanistan and over 2,400 soldiers were killed during the nearly two-decade conflict. President Trump himself has stated that he didn’t believe in the Iraq war, the Afghan war and much of the bloodshed and treasures spent during the conflict and was very much a proponent of exiting the country. However, would President Trump have exited the same or would he execute a more comprehensive strategic plan?

Based on recent history, one could say so, yes. According to reports on September 9th 2020. More troops were taken out of Iraq however, 3,000 troops were left behind to continue the fight against the Islamic state. Similarly, according to reports, less than 1,000 troops were also left behind in Syria to provide logistical support to Kurds and civilians. Could Biden and his Administration have been better prepared in such a manner that would hold on to stability, by leaving a number of troops that could fend off the fast-paced progress the Taliban has made? Many are now arguing that should have been the case.

America Loses In More ways Than One

The truth is that much has been lost on both sides of this conflict. The Afghan people were better off when America had a purpose in Afghanistan and provided some level of stability, but are they better off now? If one acknowledges that it is ok to compare pre-Afghan war to post-Afghan war and remove the 20 years in between, then is Afghanistan better off today than it was 20 years ago?

“I would argue that with the ensuing chaos and instability shown today, the answer would be no!”

America hasn’t won much in this war either, the poor planning for leaving the country has cost American taxpayers and their security a lot of damage. With a porous southern border and enemy states like China and Russia looking for an advantage over the U.S., the poor execution of this evacuation has provided many opportunities in psychological and political warfare for enemy states to benefit from. It has in many ways:

What’s Next For Afghanistan?

On Wednesday July 28th, Taliban leaders met with Chinese leaders prior to the takeover of Afghanistan. CCP leaders now say they will provide support to the Taliban in Infrastructure, but did this meeting also have a hand in what’s happening today?

And with the Chinese Communist Party now involved in Afghanistan, what will become of this region?

And what will Biden’s administration do, to fix this disastrous outcome attributed to poor strategic planning and execution?

WHAT DID THE TALIBAN GAIN

Per FOX News Reporting, the following was lost and gained by the Taliban.