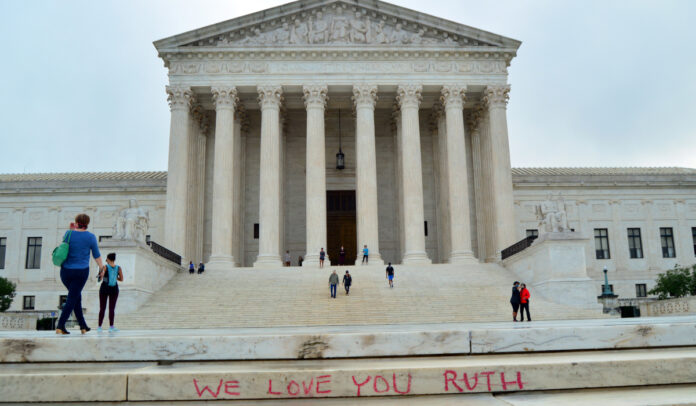 Will the New York Law Proposed by State Assembly N. Nick Perry Usher in A Form of Authoritarianism?

Pelosi Invokes the 25th Amendment? Who’s it Really for?

What’s the next move for both the Republican and Democratic Parties?

As President Trump provides heart warmth remarks over the passing of Justice Ruth Bader Ginsburg, party leaders are asking, “What’s the next move?”.

For the Republicans, who currently hold all of the cards in the Senate, letting this moment pass by could cause them to lose support among their evangelical base. While for the Democrats, who are beholden by Constitutional law have little choice but to try and persuade Senators in swing States to vote against the Trump selected nominee.

As it currently stands, the Republicans have all the votes needed to approve and pass the nominee. With the exception of Lisa Murkowski (R-Alaska) and Susan Collins (R-Maine), the nominee shouldn’t have any trouble getting approved.

How does this raise the stakes for the upcoming elections?

The stakes could have never been greater for the upcoming 2020 general elections. This is will be a monumental year in the world of politics. Furthermore, because of the unfortunate passing of the late great Justice Ginsburg, this election will be like the Superbowl of U.S. Politics. More people are voting than every before and more people are feverishly consumed with information about our country’s political and economic future.

As far as the judicial system and the highest court in the country is concerned, the next President that appoints the Supreme Court Justice, could men the difference between a continuation of the usual left leaning court currently established, or a more right leaning court that could tip the balance of judicial power.

What’s the President’s next move?

For President Trump, the stakes could have never been higher. With the Democrats promoting and implementing mass mail in ballots, there is a fairly good possibility that ballot recounts could end up in the higher courts. With this in mind, the President seems to be betting on a Supreme Court outcome where the is no possibility of a tie in votes. In order for this to be accomplished, the President will have to nominate a replacement and as such he has nominated Amy Coney Barrett.

This past week, President Trump announced his choice to fill the late Justice Ginsburg seat and no more than an hour, the Democrats we’re in front of the press stating their opinion and the reason why the American people should not support this nomination before the nomination had even been made.

Where Does the Senate Stand?

On the Senate side, Senate Majority Leader Mitch McConell (R-KY) has stated that they will be going through with the process and that Senate members are expected to vote. As of today, there are only 2 Senate members that have suggested the vote take place after the election. Additionally, the last 2 most probable Senators that could have joined both Lisa Murkowski and Susan Collins have made their stand and will support and vote for the Presidents nominee.

The world will be waiting for the rest of this story to develop and so will “The People’s Olive Branch” and we will bring it to you as soon as it develops. Come back to this page for continuing updates.