Home US News Is Pelosi Trying to Become the DEFACTO PRESIDENT? 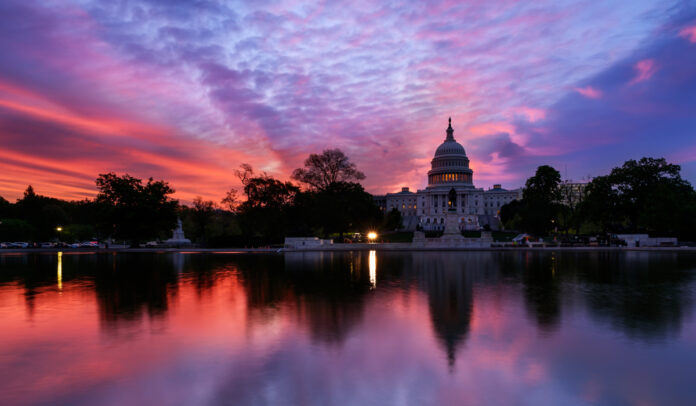 Do American’s really know the multiple ways a political leader could become a defacto President?

Not many Americans are aware of the different ways a leading member in the House, such as Nancy Pelosi, could become a President by defacto. In a press briefing, Pelosi made a revealing statement that shows how one could pave the way for such a silent coup.

In a press briefing, Nancy Pelosi stated that, “She is preparing the House for a potential role in determining the winner of the upcoming Presidential Election.” This can be accomplished with a vote by state delegation. She also stated, “If neither party has the majority state delegates, then it goes into another range where the speaker becomes the President.”

Thank you for becoming a reader! In this press, we’re going to paint a brief image of the process that could take place in order to accomplish this goal.

With the coming election around the corner, the most probable way to create chaos is through a lack of a definite winner. One example of this is a delay in the ballot process that could create a Constitutional crisis. For this election year, and due to the corona virus, more Democrats are expected to vote by mail in ballot. Ballots that aren’t accepted because of a delayed arrival, could end up being contested by the Democratic party lawyers, in the Supreme Court, should the vote be casted for a Republican candidate. This could set a devastating precedent in which the court or the House could end up electing the next President.

Similarly, if there were to be a tie in the delegate count, it could lead to a scenario where the House could end up deciding the next President. Alternatively, House Majority Speaker Nanacy Pelosi could take up the role of defacto President.

Since the passing of Ruth Bader Ginsburg, a 4 to 4 split in the Supreme Court could create a crisis where the House would decide the final outcome of the Presidential election. Now that President Trump has nominated Judge Amy Coney Barrett, the court can once again have a tie breaker. As it currently stands, it seems as if the Republican party will have all the votes needed to approve Judge Amy Coney Barrett.

On the opposite side of the spectrum, if Judge Amy Coney Barrett is not approved, it would essentially create a path for Nancy Pelosi to be named the defacto President. Setting a whole new precedent for American political history. Many have stated that such a scenario would create a deeper divide across the Nation. It would also reiterate to the rest of the Nation, that there is a lack of election integrity.

The notion of election integrity coupled with the right moves by the socialist party, a democratically elected President could be overthrown with a silent legal coup. All the while, replacing that party’s leader with a new one elected by the successful ruling party. Essentially creating what would look like a third world country political system or a ruling party in Beijing.

This is a developing story, Please come back to this article for more updates.