Home US News Pelosi Invokes the 25th Amendment? Who’s it Really for? 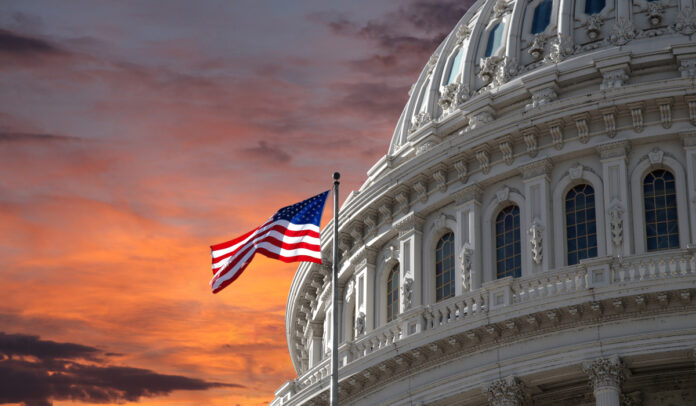 The 25th Amendment of the Constitution, the Presidential Disability and Succession Act, passed by Congress on July 6th of 1965 and was ratified February 10th 1967.

In Washington, one would think that the visceral political attacks and environment couldn’t get any worse. However, as current trends show us, one can easily see that the political divide still has room to reach a peak that would be unprecedented for current or even recent past political times.

Between the nomination and hearing of Judge Amy Coney Barrett to the Supreme Court of the land, Democrats threatening to pack the courts and now Pelosi’s charge of invoking the 25th amendment to remove the President without cause, looking at the futures of politics, one can safely bet that the level of political animosity we currently live in, still has room for growth. If you still think we’ve reached our peak, many could argue, that you shouldn’t put any stock on that just yet.

What is the 25th amendment?

The 25th Amendment of the Constitution is the Presidential Disability and Succession Act. It was passed by Congress on July 6th of 1965 and was ratified February 10th 1967. It is also responsible for altering a portion of Article 2, Section 1. The following are sections 1 thru 4 paraphrased in order to keep the message straight to the point. If you’re looking for the full details, you can go to the Constitution Center for this short read.

Section 1: Pertains to three reasons the Vice President can assume Presidential powers, either for removal from office (one example of this would be the Nixon case with Watergate). Additionally, the President’s death or his willing resignation.

Section 2: This section relates to the Vice President and the options available for nominating a new Vice President, should the position become vacant. Furthermore, a majority of both houses of Congress must agree to.

Section 4: Aside from Section 1, both section 4 and 1 are probably tools that Pelosi can try to use in order to remove the president from power in an Unconstitutional coup. However, depending on the narrative, messaging and the support behind these options, the coup could very much look like a legitimate removal of a duly elected President.

How can the 25th Amendment be Used Against a Democratically Elected President?

Section one isn’t very valuable without a cause, unless the President willingly chooses to resign from the Presidency. Empty threats are no use to anyone, although Pelosi is known for quite a few empty threats herself, throughout the last 4 years of the Trump Presidency. Maybe she’s learned a bit from “The Art of The Deal”.

Section 4 is where it really gets juicy; however, before we jump into this, it is worth noting that there are many moving pieces in this option. It will pretty much guarantee that she [Pelosi] will not have the ability to remove the President unless Vice President Pence is willing to side with the Democrats. This is an unbelievable long shot at best, so what other options could there be?

In order to make this work, new laws must be passed and voted on that will allow the Speaker of the House and the Democrats in the House more authority over the Presidential office. In light of this, Pelosi had a press conference last week in which she stated (we’re paraphrasing) that the bill is essentially not for President Trump but for the next President. She mentioned that the current President will be judged by the People come November 3rd. One could only surmise that the Democrats already believe that the Biden/Harris ticket will be victorious come November.

The new bill proposed by Nancy Peolsi and her Democratic colleagues would allow for the creation of another Commission (as if the country needs anymore of these partisan groups). The commission would provide the legal ability for Congress to remove a President from Office based on the commission’s recommendations. Nancy Pelosi brought this up shortly after she began to accuse President Trump of being in what she labeled “in an altered state” from the treatment provided during his confrontation with the CCP virus. However, when Pelosi stated, “This is not about President Trump”, she left a lot for the imagination.

President Trump quickly fired back in a tweet storm stating, “Crazy Nancy Pelosi is looking at the 25th Amendment in order to replace Joe Biden with Kamala Harris,” and he added, “The Dems want that to happen fast because Sleepy Joe is out of it!!!

What if the President is reelected? And what if he’s not? This proposed bill is really a double-sided sword. If the President is reelected, the Democratic controlled House will do everything in their power to dilute Presidential powers with a commission that will be looked at as partisan and out of Constitutional reach. It will essentially create a battle in the courts that will only serve to further divide the Nation.

If President Trump is not reelected, then this will make for a speedy transition of power between Joe Biden and Kamala Harris. But is this what our Nation has gotten to? Political schemes on how a party can stay in power? Isn’t that what communist do? There used to be a time when political leaders paid their time to the country, then leave for the private sector or to lead a family life.

Do we now need term limits? Even for the position of Speaker of the House?