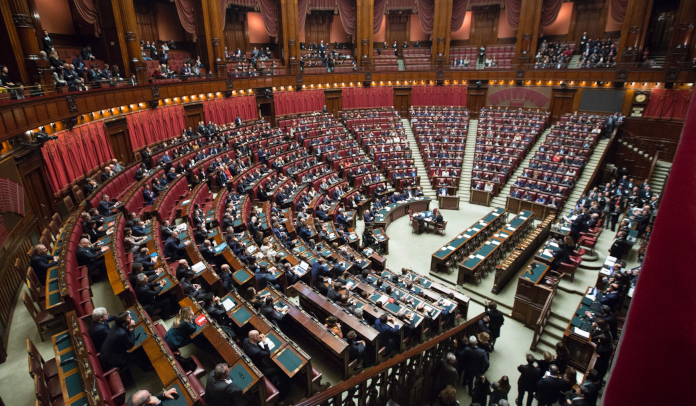 Why would the Democrats in Congress try to restrict the President’s ability to have the final say on the nuclear button?

This at a time when the General Secretary, Xi Jinping of the Chinese Communist Party has publicly told their military leaders and soldiers to prepare for war. Why would Nancy Pelosi and the rest of the socialist Democrat party be proposing that the Presidential powers to control the nuclear button and the military’s ability to proactively respond to superpower conflicts be turned over to Congressional oversight or outright stripped away?

According to a report published at the Epoch Times, during President Trump’s last days in Office Nancy Pelosi reached out to Chairman of Joint Chiefs of Staff Mark Milley. Not too long thereafter, the Conservative Group Judicial Watch files a FOIA request. The FOIA lawsuit request that the Department of Defense release “any and all records regarding, concerning or related to the telephone call,” between Nancy Pelosi and the top General. This was alleged to happen shortly after the U.S. Capitol breach on January 6th.

Judicial Watch President Tom Fitton stated, “If Speaker Pelosi’s description of her conversation with General Milley is true, it sets a dangerous precedent that could undermine the president’s role as commander in chief and the separation of powers.” He continued with, “Our new lawsuit aims to uncover truth about the call.”

On January 8th Nancy Pelosi wrote a letter to her Democratic colleagues that was published on Nancy Pelosi’s website, in which she acknowledges making contact with the top General of the Joint Chiefs of Staff Mark Milley and according to the speaker herself, she talked about “Preventing and unstable President”, referring to Former President Donald Trump.

In her letter to her colleagues, Nancy Pelosi also added that “As you know, there is growing momentum around the invocation of the 25th Amendment, which would allow the Vice President and a majority of the Cabinet to remove the President for his incitement of insurrection and the danger he still poses. Yesterday, Leader Schumer and I placed a call with Vice President Pence, and we still hope to hear from him as soon as possible with a positive answer as to whether he and the Cabinet will honor their oath to the Constitution and the American people.”

Why should Nancy Pelosi be speaking with Top Brass, while at the same time looking for ways to invoke the 25th amendment? And how will this eventually play out with Biden’s Administration and his ability to respond to China’s Aggression?

Can this be considered evidence of a conspiracy to commit a coup d’etat? And is Biden’s Administration already hand tied because of this threat?

On a decade where China has blatantly and publicly promised the threat of war and knowing China’s ultimate goals of world domination, both economically and militarily. Is this the right time to consider taking away the Presidential powers to fight back with the ultimate force in a moment’s notice?

For those of you that don’t know how the Chinese Communist Party works, as it relates to war, they will not have the red tape that the socialist Democratic party is looking to create. As it relates to global warfare, General Secretary, Xi Jinping of the Chinese Communist Party and his cadres have already mapped out plans that will utilize nuclear weapons above the United States air space in order to cut the American economy, military and its citizens from all electronic capabilities with the nuclear warheads EMP pulse, according to intelligence and published reports.

This isn’t only limited to China. Both Russia and China have been working diligently to build super EMP Bombs for “Blackout Warfare” according to a FreeBeacon report, based on a newly released Congressional study.

China, Russia, Iran and North Korea? Is this WW3?

In China, Russia, Iran and North Korea this is known as the “Sixth Generation Warfare” where militaries or rival Nations can and will sabotage critical infrastructure needed for cyber warfare, military operational capabilities and even economies as a whole. An Electro Magnetic Pulse (EMP) could wipe out critical energy and communication infrastructures for dozens or even hundreds of miles. Allowing the rival Nations an opportunity to attack undetected until it is too late. It also levels the playing field as it relates to technological superiority that can allow a Nation to win the war.

According to “The Sun”, a UK news publishing firm who published a report in 2019 during the Chinese Communist Party’s 70th Anniversary parade of the Communist Rule. They highlight China’s secret weapon against America which is alleged to be able to deliver 10 nuclear warheads in 30 minutes, jam packed into one missile. This “Ultimate Doomsday Weapon” as they call it, is the DongFeng 41 or (DF-41) for short.

With all of this knowledge that our Congressional leaders have at their disposal, is this the right time to take away or limit Presidential powers as it relates to an immediate response to nuclear attacks? And should all Americans be reaching out to their Congressional leaders to say, let the President do his job, be it Democrat or Republican?