Home Business Facebook VS Apple: Battle of the Tech Giants 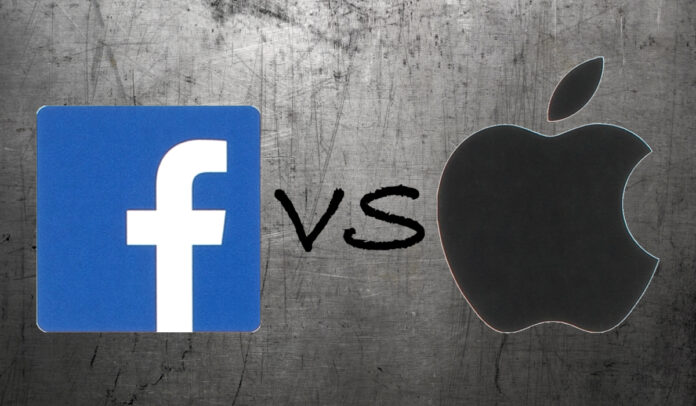 On 2018 in a dispute over privacy concerns, and over a meeting which included FB’ head Mark Zuckerburg, he stated that they need to “inflict pain” on Apple for treating them so poorly, as reported by WSJ (Wall Street Journal).

Apple is taking a big stance against security vulnerabilities and the overarching data collection practices associated with most major mobile apps on the market, especially in Apple app stores. This increase in data collection trend goes at odds with Apple’s privacy and security goals for their users, and Apple aims to do something about it. Including, giving the user the ability to completely eliminate an app’s ability to track its user.

In addition, Tim Cook made it very clear that he will defend their decision to introduce Apple’s new features, part of their “App Tracking Transparency” initiative.

On a move that Apple is set to make for their iOS 14 mobile app, it is reported that Apple will now begin to ask users if they want to allow apps to track them such as FB and Instagram.

As Facebook is an ad driven business with over 2 billion users and a considerable amount of them online at any one given moment, this can drastically affect the way FB operates and may create a need for massive changes.

Facebook’s boss Zuckerburg stated that he considers Apple one of, if not their biggest competitor. Will this incentivize FB to compete with Apple and Google by developing their own app store? And how will FB’s new Clubhouse contribute to this cause if any at all?

As Tim Cook spoke to the “Computer’s, Privacy and Data Protection Conference” during “Data Privacy Day”, he made it very clear that from his point of view some may feel that sharing this level of information for personalized ads is worth it while he believes the majority will quickly choose to opt out.

He stated “If a business is built on misleading users, on data exploitation, on choices that are not choices at all, then it does not deserve our praise. It deserves reform. Too many are still asking the question ‘how much can we get away with?’, when they need to be asking ‘what are the consequences?’, As reported by the Guardian.

Overall, the general public and business community are no fools, they can see how this will benefit both Apple as much as its users over privacy concerns.

On the optics front, Apple seems to be looking out for their individual users, while simultaneously strengthening their position across their markets. In the end, the users may agree with Apple more than FB even if it does increase or protect Apple’s status quo. FB has recently seen a plethora of issues dealing with Privacy concerns and popular sentiments seems to be increasing against Facebook over their methods.

According to a recent report on “The Information”, It seems as if Mr. Zuckerburg’s legal team is exercising their right to launch an anti-trust lawsuit claiming that Apple is breaking the laws in the United State by implementing requirements for independent developers that it does not impose on itself.

This attack against Apple is most likely not going to be limited to Apple’s App Tracking transparency according to reports. It will most likely also include additional features the iOS provides. There has recently been a new set of what they call “Privacy Nutrition Labels”, which requires the social behemoth FB to list a plethora of types of data it collects from its users. This will most likely be attack during the upcoming lawsuit.

What the People Think

Considering the events over the last 4 years during the Trump administration and the massive censorship campaigns imposed on the American people by Big Tech, do you as a citizen care? Is this a case of cause and effect? Where FB censors the American people and for financial as much as security reasons, Apple finds ways to hit at FB’s ad driven business.

Please take the time to register and leave a comment below related to this article. All spam and non-related comments are removed. Thank you for your participation and for taking the time to read through our latest tech update.