Home Opinion The World Begins to Protest Over Chinese Neocolonialism 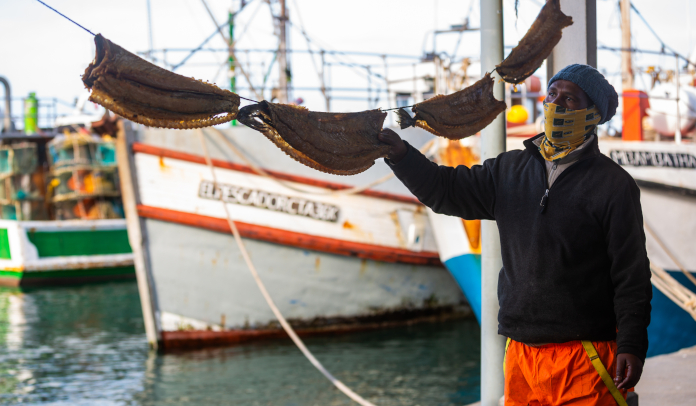 What do the Uyghurs, Southern Mongolians, Ethiopians, Kenyans, Rwandans, Ugandan’s and the South Sudanese have in common?

Recent News: Is Tesla’s Expansion in China Coming to an End?

On March 7th, 2018, during a Hearing of the House of Representatives, Committee on Foreign Affairs, the topic was raised under the title “China in Africa: The New Colonialism?” The Committee hearing was presented before the Subcommittee on Africa, Global Health, Global Human Rights and International Organizations at 2pm.

The title raises the question, is China’s methods of subverting and controlling a nation through their Economic Hitmans, rather than through their traditional revolutionary methods, a strategic disadvantage to the U.S., its businesses and to American interest?

How can the U.S. convince African Nations and their leaders that Chinese shotty construction methods, poor materials, human rights violations, economic debt traps and a myriad of other atrocities are worth looking at the U.S. alternatives, of additional request and soft implementation of democratic values within their governmental & societal structure?

At the moment, it looks as if the United States is losing the war for Africa, but it doesn’t have to. People all across the world are speaking up against the CCP with loud voices.

On October 1st and 2nd, the WUC (World Uyghur Congress) co-organized a coalition of protests across multiple countries including Paris, Berlin, London and Munich. Working together with numerous groups and organizations, they were able to bring attention and a direct spotlight to the atrocities the Chinese Communist Party has undertaken over the last 72 years. Thousands of supporters showed up to express themselves and request that the International governing bodies do something to stop the persecution of the Uyghur people and multiple other cultures that live in East Turkistan.

The PRC (People’s Republic of China) was established in 1949 and since, numerous cultures have suffered and seen their freedoms and rights erode before their eyes. To many, the continued atrocities have gone unpunished for so long, that they’ve lost hope and the ability to fight back. Other’s that went through the CCP’s initial rise to power and opposed it, are no longer around.

For the Uyghur people and their communities, these atrocities continue today, yet the world has done nothing to curb or stop these acts from the Chinese Communist Mobsters & Party Criminals.

During an interview with CNN, an ex-Chinese Communist Party police officer and whistleblower sheds light into the types of torture methods used against Uyghurs, and others during their time in prison or detention interment camps. Including mental and physical abuse, forcing some inmates to sexually abuse new inmates, waterboarding and electrocution methods to name a few.

While China has denied any claims to these accusations of forced labor and torture in the East Turkistan region. According to the whistleblower, who has now defected to Europe, he was brought in from another province – as many other police officers were – to serve in this mission of rounding up hundreds of Uyghur Muslims.

At all hours of the day and night, they would bring in a large contingency and his unit would go door to door capturing and arresting everyone, placing hoods to cover their eyes and threating to shoot them if they ”resist”. While China continues to deny these claims, ample evidence and coinciding first-hand accounts have slowly leaked all across the world.

What is the international community planning to do about it? Are any plans even in the works?

The largest protest in Gwadar’s history has taken place and began just around a month ago when tens of thousands took to the streets. Like most patriotic, Nationalist movements, the protest began to spread throughout numerous cities across Pakistan. Gwadar is a port city on the Southwestern side of Balochistan and is said to have up to $1 Trillion in minerals however, their people see very little to no benefit from it.

The people have shown to become tired of it and have decided to make demands from the Imran Khan Government. Gwadar is currently seeing a slow but progressive effort of colonization by the Chinese Communist Party. According to reports on Gravitas, the people of Gwadar believe that the Chinese threaten their very existence. That overfishing their waters and destroying over 3 million livelihoods in the process will lead to their inevitable demise, and this is just one of their problems with the CCP.

The CCP on the other hand has said very little about this subject. On a Tweet, a response was given a month ago by China’s Government Official Lijian Zhao that can be summed down to its last two words, “Fake News!” For China, this seems to be a Pakistani problem but in Gwadar, the Baloch people will see a drastic shift in their population come 2023 and 2024.

According to “International, The News”, the population in Gwadar is expected to increase to 500K in the next 2 years with most of them being Chinese professionals moving into the region. Gwadar is seeing a slow takeover of its port and cities. Currently, Gwadar is reported to have a domestic population of 85K. In 2020 the total population estimates were said to have been around 138K people. If 500K more Chinese professional are expected to move in by 2023, you can see how easily the domestic population will be overran by their Chinese counterparts and new permanent residents.

The Government has made little to no concessions to answer to their plight and for their part, the people have also decided not to stop their protest. Today, the Imran Khan Government is looking at a slow but progressive uprising unlike anything Pakistan has ever seen.

Is China A Reflection of the New Africa?

Africa today is a reflection of the long-term but fast paced relationship African Nations and the Chinese Communist Party have established. According to a report in China Daily, via Xinhua (The Chinese Communist Party’s Media Propaganda Arm) by 2015 China and African trade relations reached nearly $300 Billion. In 2000, trade between China and Africa stood at $10 Billion however, China was reported to be seeking to increase this $300B number to $400 Billion by 2020.

Unfortunately for the CCP, the pandemic put a hard break on this goal. During the first quarter of the pandemic, the Chinese economy had a contraction of around 6.8%. With a shutdown policy that saw all levels of manufacturing output decrease, trade between China and Africa was reported to have shrunk by 14%, or $41 Billion by the end of the first quarter.

2021 has been more promising for China-Africa trade relations with a 40% increase in two-way trade for the year-to-end of August, according to a report in South China Morning Post. China is Africa’s top trading partner and as such, the African Union is catering to Chinese demands that will lead Africa to squander away its rich minerals and resources.

For now, the $400 Billion trade goals are seeing difficulties with only $162.7 Billion in trade according to Chinese Customs Data, (which from my personal analysis, Chinese data can never be fully trusted). Meanwhile racism and apartheid like conditions are being exercised in areas where Chinese businesses operate and control. In most cases, these infrastructure operations are ran much like an organization full of Economic Hitmans would operate.

Over 125,000 Protest Across Africa Near Chinese Business Interest

According to a research conducted by The Conversation, more protest erupt near areas with Chinese-led projects. Their research shows that there is a link between prolonged or excessive amount of Chinese-led projects in one region and increases in protest against Chinese methods of operations and Neocolonialism.

In one report by the BBC News, a Chinese mining manager was killed during a protest in Zambia over pay disputes. According to the report, the miners protested against delays in providing the miners with a minimum wage increase. In this part of Africa, shop workers earn around USD $220 per month or around £140 GBP (Great British Pound). The miners would receive a less than minimum wage amount, all the while working in a very profitable & lucrative industry. In the end, the Chinese manager was killed by the rioters when he was hit by a trolly pushed towards him by the miners, as reports alleged.

Located in Gambia, Africa is Gunjur Beach, where the local people have begun to protest and physically force Chinese fishmeal factories and their local government to make environmentally safe changes, or they will do it for them, according to a report by The Guardian.

As such, when action wasn’t taken by a local fishmeal factory named “Golden Lead”, the people rose up and took action by removing their pipeline polluting their local community and sea life. Although the 3 Chinese owned fishmeal manufacturing factories have all closed at one time or another, due to protest and pressure from the local community. It wasn’t too long before they were able to reopen and force the local women fish sellers back into difficult business prospects.

The more demand the Chinese factories put on the local fish market, the less the women fish sellers are able to acquire more fish in order to generate income to feed their families. The current situation will drive this small community into poverty, joblessness, and eventually starvation. This is a story all too common across the world, where Chinese investments are present.