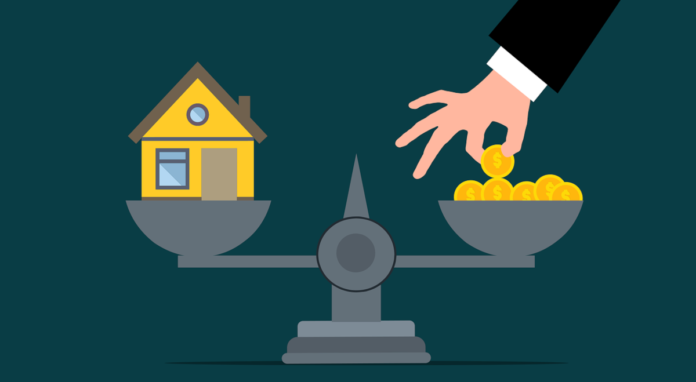 How Does This Affect the American Dream?

Inflationary times have brought about a lot of hardship to American citizens. There is a clear argument to be made as to whether this is being done by unpredictable forces or by design. This argument takes the forefront of inflation issues when the sitting President of the United States makes media statements that place the blame on “Putin’s War”.

The basic fact is that data analyzed does that support this argument. While the war in Ukraine has added to increases in inflation, the bulk of the inflation American families have had to endure have been self-imposed. The trend started long ago before and after the inauguration of the Biden Administration.

How does this affect you as a home buyer or real estate investor?

First, let’s take a quick look at how we got to this position in the first place.

Related News: The World Begins to Protest Over Chinese Neocolonialism

The Keystone XL Pipeline is a project designed to bring crude oil from the Alberta tar sands to Nebraska. Unfortunately, due to immense opposition from Native American Tribes, environmentalist groups and U.S. landowners, the project saw its long delays.

For up to 12 years the project stalled until there could be a resolution. In the end, President Biden’s Administration decided to pull a key permit that was needed for an additional 1,200 mile stretch of U.S. land needed for the project.

Since June of 2017 the Dakota Access pipeline has been safely transporting around 570,000 barrels of oil. Unfortunately, the pipeline has been under intense pressure to shut down by the Standing Sioux Tribe, local landowners and environmentalist groups.

The pipeline is currently under control of “Energy Transfer” and prior to July 6th 2020 the Federal Government and the Standing Sioux Tribe were order to provide their briefings and findings in regards to the operations of the Dakota Access pipeline.

On the July 6th ruling, Judge Boasberg order the pipeline to be shutdown within 30 days based on their investigation. However, Energy Transfer appealed and asked that the pipeline stay in operations during the appeal process. Their wishes were granted, and some say thankfully so, or our inflation woes could be more dire today. Nonetheless, this is a bad omen for the pipeline’s future prospects.

Based on the chart below by GasBuddy.com, most of the inflationary causes are attributed to policy changes that hinder traditional fuels to prosper. These policies and their messaging have been a part of the Democratic Socialist party movement. “My personal analysis is that their policies have a similar affect as Communist policies would, to slowly erode capitalist autonomy. To remove the individual entrepreneurial spirit from society by increasing cost to a level that makes it difficult to thrive and contribute to a capitalistic economy. It is very much in line with the Communist view of the destruction of the capitalist societies.“

The cost of energy has a direct affect on the cost of all other goods and services. Without energy, nothing else can prosper in the new millennium. Knowing this, the U.S. markets prepared for the worse as inflation indexes began to rise.

As the chart displays, after the election on November 3rd, the decrease in fuel prices began to stop at around $2.10 to find its way towards an upward trajectory. This was a clear sign that even before President Biden’s inauguration, the markets were already adjusting to future policy demands and changes.  Between election day of Nov. 3rd 2021 to the inauguration on January 20th the price of gas increased from $2.10 to $2.37 per gallon. From Jan 20th to March 15th, the new administration’s policies pushed gas prices upward to $2.90.

The average price of gas was around $2.90 on March 15th 2021. President Biden’s takeaway of a key permit in the Keystone XL pipeline around the same date made the project difficult to continue as it was originally intended. Therefore, the operators of the Keystone pipeline decided to stop the project in the interim. Decreasing the oil supplies by well over 800,000 barrels per day. Shortly thereafter, the cost of gas increased from $2.90 to around $3.10 in 3 months’ time.

How Does Gas Price Increases and Inflation Affect you as a Home Buyer?

As previously stated, an increase in the cost of energy will increase the cost of most all goods in the market. If the type of energy increasing in cost is used for transportation, then you can be sure that anything needing transport will come at a premium, attributed to energy cost increases.

This has a two-prong effect:

Both materials (or the final goods) and the cost to borrow money will increase, whether you’re a homeowner or a business owner. These two will have a drastic impact on your ability to conduct business and to live an abundant life with a higher standard of living.

The Cost to a New Homeowner

However, if you hike that rate up to 5.5% the same loan with the same 30-year term will cost you about $2,328 per month. That’s about a $600 increase in monthly payments. Keep in mind that this does not include taxes and insurance. Those are external cost that need to be added to this monthly estimate.

To a lending institution, this could affect your whole approval process. The loan can be denied if the DTI (Debt-to-Income) ratio does not meet your lending institutions guidelines for approval under the chosen loan program. If you run into this problem, the immediate solution could be to purchase under your maximum approval price, so that an increase in interest rate before your closing doesn’t affect your DTI and loan approval.

Where are Interest Rates Headed?

The Central Bank has a “Dot Plot” system that they release to the general public. This system is a representation of what top individual Fed Officials view. According to this system, most saw up to 7 rate hikes this year. Each one ranging from a quarter bases point (0.25) to a half bases points (0.5), a bases point is equal to (0.01).

In March, the Federal Reserve increased rates by a quarter bases point or (0.25). However, on Wednesday May 2nd, the FED made another price hike of half a bases point of (0.5), twice as much as the increases undertaken in March in an attempt to curb inflation.

According to the Insider, the investment bank of Nomura has predicted that there will be interest rate hike increases that will reach three quarter basis points on each month of June and July. As of this publishing, June has not met their expectations yet, but there’s still time to validate their claims. We will see what the near future holds.