Home US News US Military Imposes Deadline for COVID Shots, Soldiers at Risk of Losing... 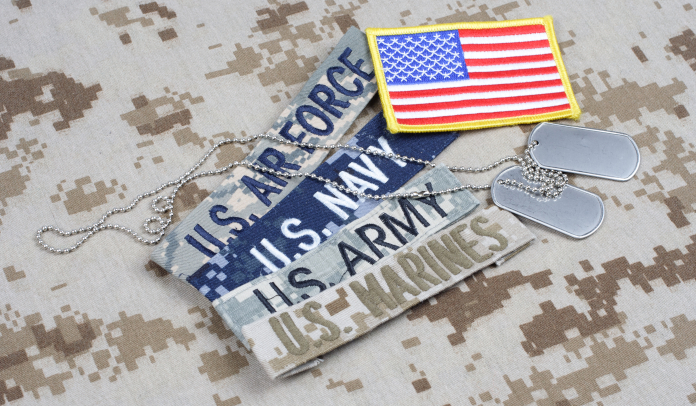 US Army soldiers are beginning to feel the heat as demands for COVID vaccination adherence begins to take a hold of their units.

The People’s Olive Branch has had the opportunity to speak with some soldiers that have been adversely affected by this new policy.

The policy was originally ordered by Defense Secretary Lloyd Austin through a Pentagon memo generated Tuesday, August 24th. This is according to U.S. Marine Corps’ “Letter of Instruction” date stamped September 3rd 2021, provided to The People’s Olive Branch by LCpl Spencer Lesinski, ‘MAG-13 Armory’. The People’s Olive Branch has provided a copy of this letter in the link below.

According to reports on the memo, Lloyd Austin stated, “To defend this Nation, we need a healthy and ready force. After careful consultation with medical experts and military leadership, and with the support of the President, I have determined that mandatory vaccination against coronavirus disease 2019 (COVID-19) is necessary to protect the Force and defend the American people,”.

The “MISSION”, section 2 in the letter of Instructions states, “No later than 15 September 2021, all 3d MAW (3d Marine Aircraft Wing) military personnel, who are not already vaccinated or exempted, report for receipt of their first COVID-19 inoculation with an FDA licensed and approved COVID-19 vaccine, followed by a second COVID-19 inoculation no later than 15 October 2021, in order to enable mission accomplishment and ensure all 3d MAW military personnel, not otherwise exempted, are fully vaccinated against COVID-19 no later than 29 October 2021.”

The Strain Placed in Military Personnel

Much like the nurses that were heroes during the pandemic for their consistent efforts and accomplishments in pulling the American people through their medical needs both COVID-19 and beyond, but are now getting fired for not being vaccinated. The U.S. military service members are also feeling the same push and agenda within their ranks.

During our interview, it was stated in our recording that their superiors said “when the topic came up on the vaccination they said if you wanted it, get it, if not… They pressured them all the time though and almost nobody wanted it, like nobody in their armory really wanted it, maybe one or two guys and they kept pressuring them and pressuring them and um, there’s one, um they call it a crack deal, it’s whenever they make a deal that’s kind of shady deal, like a back alley deal, the soldier told his boss that he would get the vaccination if they would not make him pay for his meals [chow hall meals] every month, which is $300 dollars… the guy [his superior] said yeah l’ll try, I’ll see what I can do. Of course, he came back to say he couldn’t do that for him.” This was during an interview with a family member of LCpl Spencer Lesinski and Angel Ramos of The People’s Olive Branch.

Creating back alley shady deals with soldiers in order to convince and coerce them to take a vaccine is not instilling confidence in being inoculated. If you have to be pressured, coerced and incentivized to do what they call in the military a “CRACK DEAL” for COVID shots, then you may want to consider your hesitancy a valid concern over the Pfizer shot, as many of the soldiers have.

In the interview with one of the service members and his family members, they stressed how these new policies are pushing our military service members to distance themselves from each other into two camps. The vaccinated and the unvaccinated. In one unit, 12 soldiers were not willing to meet the deadline requirements and are now facing possible discharge over the coming 30 to 60 days. Is depleting our forces of available, well-trained manpower by exiling them over COVID-19 choice, the right strategy under the current Geo political climate the world is now facing with communist nations?

In the “Letter of Instructions” section 3b(1)(c) states “No later than (NLT) COB 10 September 2021, unit Commanders will ensure all personnel not already fully vaccinated against COVID-19 or exempted as reflected in (MRRS) are identified and notified of their specified time slot at a supporting establishment MTF to be administered a COVID-19 inoculation or be counseled on their refusal of inoculation.”

While a less than honorable discharge may be or may not be the end result, it isn’t the only option for some. The People’s Olive Branch did speak with another service member’s wife which stated that “if her husband was dishonorably discharged, he could lose all is benefits and pensions.” This is an unfortunate trend that is being mimicked across all industries except those that are imposing it.

For military service member that have served for less than 2 years, and who refuse the vaccination, they could be discharged with what the Military calls a “less than honorable discharge” and you would no longer get any benefits, as opposed to most service members that reach their two-year goal.

For the moment LCpl Spencer Lesinski is not going to accept the inoculation, as such, he is waiting to hear what the end result will be from the counseling on his refusal to accept the inoculation. As it is with many cases across the country, whether government or private sector, losing your rank and position is well within the Military’s scope of punishment. However, is this the right course of action that the armed forces should be undertaking? At least 80 million Americans or more, say no.

Based on our Constitution, the Nuremberg Code of 1947 and US Code Sec.360bbb-3, the argument has been made for individual rights and choice.

This trend is not exclusive to just our military service members. Many more are feeling the rapid changes coming out of the COVID-19 pandemic. The medical industry is suffering from these effects every time a medical worker who was desperately needed during the initial stages of the pandemic gets fired because today, they chose not to get vaccinated.

The private industry is also going through their own personal transformation in a similar manner, with many businesses fighting against the enforcement as well as around 19 Governors and their Attorney Generals. Nonetheless, the Biden Administration seems dead set on carrying this enforcement down the throats of every American citizen, while illegal immigrants continue to pour in through our border without being vaccinated.

If you are an essential worker who is now going to be fired for not adhering to the vaccine mandates, feel free to reach us and give us your story, the American people deserve and want to know what is going on.