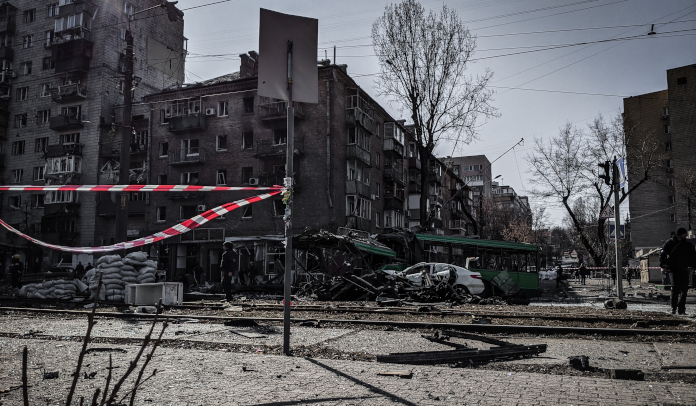 Over the last 20 years, proxy wars have persisted throughout the world, in many cases, with little mention from mainstream western media. While you do hear about it, the arbiters of information dissemination have chosen to focus more on internal politics than in depth analysis of current and past proxy wars. All of which have included the United States as a participant.

While patriotism for Americas defense rightfully persists in the hearts and minds of many American citizens, one must wonder if all of these proxy wars are necessary? And what the future ramifications are for our involvement in consistent conflicts all around the world.

There is a common pattern I will highlight in this op-ed below. Based on this pattern, one could easily surmise that some of the established leaders in the halls of Congress have made it their goal to increase conflict with Russia and its allies. The excuse that America will do all it can in defense of Ukraine may sound more like a trojan horse for the real reasons top U.S. leaders just started another proxy war in Russia’s doorstep.

Recent News: The World Begins to Protest Over Chinese Neocolonialism

Beating the Drums of War

In a previous article, I highlighted some statements made by both Lindsey Graham of the Republican party during a 2016 speech to Ukrainian soldiers in which he stated, “Your fight is our fight, 2017 will be the year of offense, all of us will go back to Washington and we will push the case against Russia”. As well as Eric Swalwell, a Democrat who stated in 2017 that the U.S. “Should do everything we can to expand NATOs role“.

Yet, the more you allow time to pass by and the more you pay attention to events, you can see that they aren’t the only ones. In January 2020, Congressman Adam Schiff cited a witness during the Trump impeachment trials, as if highlighting its significance, “the United States aides Ukraine and her people, so we can fight Russia over there and we don’t have to fight Russia here.” To many, these are the actions of a proxy war.

Furthermore, why cite what he may consider a pivotal statement in the impeachment trials? Public reports “suggest” that this proxy war is in retaliation to Russia’s involvement in what the establishment believes was Russia helping President Trump win the 2016 election. With one unfortunate caveat, Ukraine is caught in the middle of the conflict.

In an effort to send Russia a message, Adam Schiff, Nancy Pelosi and a few other representatives traveled to Ukraine to show America’s commitment to another open-ended war. As they met with the President of Ukraine and provided a press statement, Representative Jason Crow stated, “But one thing is really clear that this delegation wanted to send, but also President Biden has made very clear with his most recent aid package request. It is a historic request that we’re going to push hard in the United States Congress to help pass, and it send a very simple message. We are not interested in stalemate, we are not interested in going back to the status quo. The United States of America is in this to win it. And we will stand with Ukraine until victory is won.“

Anyone with any basic knowledge of war history knows that the more a war persists, the more devastating and impoverished the region can become. Will Ukraine become a sort of Eastern European version of Afghanistan or Syria under the pressure of years of conflict, should the war get drawn out for a decade or more?

During the same travel to Ukraine this past weekend, Democratic Leader Nancy Pelosi reaffirmed the United States’ long-term commitment to the war when she stated, “We believe that we are visiting you to say thank you for your fight for freedom…Your fight is a fight for everyone. And so, our commitment is to be there for you until the fight is done.”

A History of Proxy Wars

The proxy war in Yemen against the Houthi rebels is one that has persisted for well over a decade. While its origins were not attributed to Western intervention alone, it was not long before Western Powers were wrapped up in the conflict as a support and lifeline to the Saudi led conflict.

After the 2011 uprising against then President Ali Abdullah Saleh, it wasn’t long before the Houthi Shia Muslim rebels backed by Iranian support and technology began their plan of attack. In 2014 the Houthis took advantage of then President Hadi’s weakness and saw it as an opportunity to stage a takeover war. This led to the Houthis taking control of the Northwestern city of Sa’dah, which provided them with a launching pad to overtake the Capitol city of Sana’a. Then President Abdrabbuh Mansour Hadi was quickly forced into exile.

About the Spring of 2015, Saudi Arabia and Multiple Western nations, mainly the U.S, UK and France, increased their level of cooperation with Saudi Arabia, Yemen Separatists and eight other Sunni Arab Nations. The proxy war between Iran and the Western powers and Sunni Arab Nations continues even till today.

What does this war have in common with the following proxy wars? The connections always lead back to Russian and American conflict. Russia supports Iran with many resources including nuclear development & technology.

The Syrian proxy war has one common ground with the Yemen proxy war. Both the U.S and Russia and their allies are entrenched in the proliferation of proxy wars to justify their end goals. This begs to question if the cold war against Russia ever really ended? Was it just a stalemate, or did it simply go underground via proxy Nations?

After WW1 the control over Syria went to France with little to no success. By WW2, France had fallen, and the Syrian people gained back their Independence. By 1956 the Syrian-Russian Pact was established just after Syria’s request for Soviet military intervention. This relationship continued until President Trump went into office, at which point, some level of communication and cooperation between the two proxy rivals began to develop as President Trump began to take the country in a different direction and focused his strategies around China’s Imperialism.

Now that the establishment is back in power and Trump is out, one could surmise that a portion of both the Republican and Democrat establishments are open and even eager to the possible idea of nuclear conflict with Russia. A conflict where there are no winners.

In America there’s ample support from the citizens for the Ukrainian people and their victory over Russian aggression. In St. Petersburg Florida, we found a group of supporters that hosted their own rally in support for Ukraine, its people and the hopes for their victorious push back against the Russian invasion.

However, is this war really a Russia VS Ukraine war?

Or is it another open-ended proxy war by power Nations looking to avoid their own nuclear extinction?

Since the advent of nuclear technology and a stable global order, power Nations have adopted more technical and stealthier methods to fight wars and subvert Nations from within[i.e. Proxy Wars].

It begs to question, is it better to have 100 years of proxy wars, or one nuclear war that ends either side of the enemy and allows the victor to progress with 300+ years of peace and progress?

I guess that all depends on who the victor is, and which side you stand on.

Today’s proxy war in Ukraine is the byproduct of a globalization process where both the most advanced technology and largest wealth has been placed in the hands of Nations that have outgrown their school yard,[planet earth] and are now looking at conflict being the only solution to their next level of expansion and global order. Unfortunately for the American citizens, it seems that there’s ample support for conflict with Russia from both sides of the American political isles, as show at the beginning of this op-ed.

If our political leaders are being truthful about their statements, then we are looking at the beginning of a long ended and large-scale conflict that will define the next generation of Nations that lead the new global order. Unfortunately, Ukraine is another innocent bystander that was wrapped up into this 70-year-old conflict.