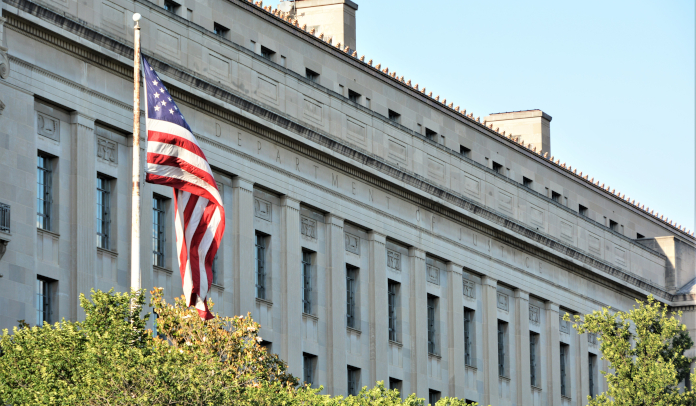 Democrat Governors will not be Investigated

The DOJ has recently decided to stop all investigations in 4 out of the 5 states with the highest nursing home death cases. This news comes as a surprise to many families of the deceased parents and grandparents that were once housed in hospices across these 4 Democrat led states.

The Democrat Governors under scrutiny seem to have dodged a bullet in the interim. During the Trump Administration, the Department of Justice published a press release titled “Department of Justice Requesting Data From Governors of States that Issued COVID-19 Orders that May Have Resulted in Deaths of Elderly Nursing Home Residents.”

Additionally, the DOJ noted what the data was to be used for as their sub-title states, “Data will help inform whether the Department of Justice will initiate investigations under the Civil Rights of Institutionalized Persons Act (CRIPA) regarding New York, New Jersey, Pennsylvania and Michigan’s response to COVID-19 in public nursing homes.”

Recent News: A Crusade to Overcome Divisions in our Society

Lack of Accountability Can Destroy Our Systems of Justice

The Governors in question are:

Recent News: On a Quest to End Division & Hate

According to Michigan.gov’s Coronavirus Data, their population above the age of 60 had a death rate of over 87% of those COVID-19 cases that were confirmed. Even Tudor Dixon, who is a Republican Candidate Hoping to take over Whitmer’s position was gravely affected by Whitmer’s COVID-19 directives.

According to reports, Tudor Dixon denounced the Department of Justice for “putting partisan politics ahead of accountability.” Dixon’s grandmother died in a nursing home during Whitmer’s pandemic shutdowns. Dixon was unable to visit her grandmother as Whitmer’s EO’s barred anyone from visiting their loved ones in a nursing home or hospice. Whitmer’s emergency powers have since been repealed in a VETO proof citizen’s petition that supersedes Whitmer’s executive order powers.

Will The Coverup Sink Cuomo?

Melissa DeRosa, now a well-known Governor Andrew Cuomo’s top aide apologized privately to Democrat Lawmakers as reported by the POST. She apologized for hiding the nursing home COVID-19 death tolls, afraid that the real numbers would be used against them politically and criminally by Federal Prosecutors under the Trump Administration.

According to a 2-hour recording of the meeting, Melissa DeRosa stated right after her admission to the Lawmakers that, “right around the same time, President Donald Trump turned this into a giant political football”, she followed with “He starts tweeting that we killed everyone in nursing homes. He starts going after [New Jersey Gov. Phil] Murphy, starts going after [California Gov. Gavin] Newsom, starts going after [Michigan Gov.] Gretchen Whitmer. He directs the Department of Justice to do an investigation into us. And basically, we froze,” Melissa DeRosa said to Lawmakers on the meeting.

DeRosa added: “That played a very large role into this.” As reported by the NY POST.

For the moment, it looks as if Governor Cuomo has once again dodged a speeding bullet as well as all other 4 Governors that ordered Nursing Homes to accept patients just getting over COVID. Will this case be brought up in the future under a Republican lead House or Senate? Time will tell.

Come back to this article for more updates on further investigations on the Nursing Home deaths.