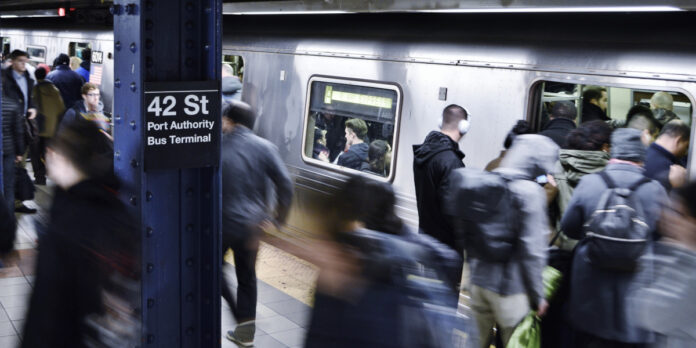 Amidst the Nationwide censorship by BIG TECH working in conjunction with Government forces, some would even say forces in the Democratic party, a new more frightening event is taking place in the New York State Assembly.

The BILL A416 being proposed by New York State assembly member N. Nick Perry does pose more questions than it does provide solutions. Additionally, the way the Bill is written leave ample room for interpretation. It leaves room for deception and room for future assembly members and governing administrative bodies to misuse the powers the Bill allows them.

Looking at Nationwide policy trends and how the coastal states, namely California and New York, usually implement laws and policies that are eventually adopted by other states. Will this be the new norm for some Democratic led states? And how will this affect the lives of millions of Americans living in those states?

This still remains to be seen, we’ll have to see how this Bill proceeds and how it is enforced.

Will this Bill usher in a new form of Authoritarianism in the Great State of New York?

While the Bill is long in words, it nonetheless leaves room for interpretation, for example, who determines what a contagious disease is? And when they have the power to subjugate groups of individuals to their demands, which groups will this law bare down on? How will future Governors and State leaders interpret the Bill? And how will the American People respond to this?

Adding insult to injury, the Bill also seems to take into effect events that have yet to happen but that should it happen, would be devastating to the Nation as a whole. For example, the Bill takes into account the possibility of individuals being contaminated with dangerous amounts of radioactive waste or material. It also provides for containment plans and procedures that are left vague at best, as it leaves it up to the discretion of the Governor, His or Her Delegees and the enforcing authorities.

One of the forms of socialism, authoritarianism and Communist control is through a slow but methodical shifting of the laws and political environment, until it is too late to turn back the hands of time. This Bill with all of its inequities, opens the door to just that.

Comparing to the Uyghur Muslims, China’s Re-Education and Concentration Camps

One can see how a vague Bill such as the one being proposed by N. Nick Perry can be misused and refocused on putting the American people against each other. A Bill that proposes such governing powers on such few people, with a vague description at best, on how to remedy the individual circumstances or events is ripe for corruption.

Mass Human Rights injustices have taken hold of this region that range from forced labor to forced sterilization of Uyghur women and even torture. Unfortunately, they aren’t the only ones, as inner Mongolia has also seen a recent increase of PLA (People’s Liberation Army) soldiers starting to implement similar authoritarian policies and human rights violations.

Will the implementation of this newly proposed Bill by the N.Y. State Assembly member present similar opportunities in America and will some political leaders go to such extremes as to take advantage of the opportunity?