Home US News $DOGE Hit’s All Time Highs: The Frenzy with Crypto and DOGE Coin 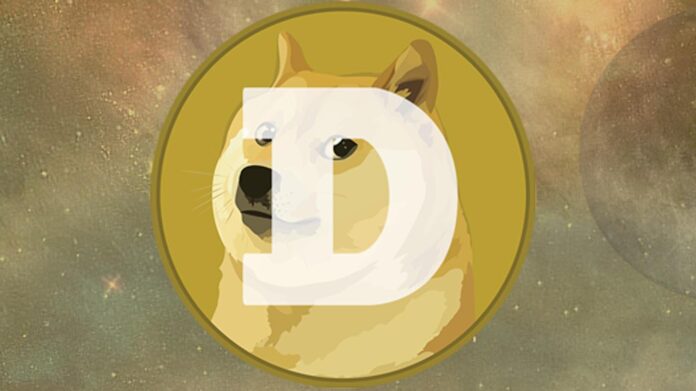 In a crypto frenzy, the crypto coin known as DOGECOIN has seen an unprecedented increase in its growth. This was initially propped up by a comment twitted by Elon Musk and subsequent post on the matter since then.

As the post was retweeted across the world, to all of Elon Musk followers, a rapid increase in the volume by buyers allowed the coin to see slow, but steady increases throughout the morning. Even YouTube was riddled with live DOGECOIN related commentators creating even more momentum among their subscribers via live video chats.

The popular dog meme Crypto coin has grown exponentially during the middle of December 2020. It started with a modest increase mid-December, with the crypto coin shooting up like a rocket since January 1st 2021.

Supported by a Reddit frenzy in the popular group WallStreetBets (WSB), and other popular social media sites such as Twitter, Facebook and HotBox.Social. The crypto coin saw its greatest increase, which peaked at $0.078064 per coin between 11:00pm on January 28th to midnight of the 29th. This frenzy created an increase in DOGE coin of up to 800% since the 2020 TikTok craze that created a spike in DOGE coin, in an aim to bring its value up to $1.

But what is DOGE Coin?

Palmer was the initial brainchild of DOGE coin and once he launched the website’s splash page, Markus took a look and ramped up the development work on the project. Unlike Most crypto currencies, which tend to have a ceiling, which cause their value to increase exponentially, DOGE coin doesn’t have a ceiling. This is both good and bad for the crypto currency as we have come to understand.

In one hand, a limit of the coins will driver the value of the crypto to heights comparable to Etherium and BitCoin. On the other hand, just a like the growing population across the world, should a crypto currency be used as a world currency, wiggle room needs to be provided for the growth of the currency to supply the needs of a growing population. Some have argued that this would be a more suitable method for a global electronic currency.

Recent Trends and What’s Next?

As the story goes, DOGE coin was supposed to be an initial joke. However, with a pretty consistent DOGE executive branch team until Jackson Palmer stepped down, it seems that the joke has turned into a real asset with serious market capitalization. This all skyrocketed even further after recent post from Elon Musk show his interest in the cryptocurrency.

In the past recent months, the DOGE community had been looking for a CEO to lead the company. 4 candidates were presented that would be best suited to head DOGE. Marshall Hayner, Vitalik Buterin, Charlie Lee and Elon Musk were the top contenders. With over 54% of the votes, Elon Musk was offered the position, you could also see a tweet cautiously praising the crypto currency stating, “Dogecoin might be my fav cryptocurrency. It’s pretty cool.”.

However, shortly after that you could also see his twitter bio state “Former CEO of DOGECoin”. Some are predicting that even with the current unlimited nature of the currency, that the price will go up undoubtedly, as more learn about its new relationship with Ethereum and about the crypto coin itself. Some have estimated that it could hit $1 within 5 years while others say it can hit $10 within 10 years.

Only time will tell but your team at The People’s Olive Branch will follow this story and provide you with important updates as it happens.

Our writer’s want to thank you for sharing this story to your social profiles. With so much disinformation across the world, we try our hardest to provide you with honest, direct news related to a wide range of topics.

If you’re interested in contributing to The People’s Olive Branch, please create a free profile and contact our team through our internal systems via your user profile.