Home Geo Political Are You Supporting Genocide Through Green Energy? 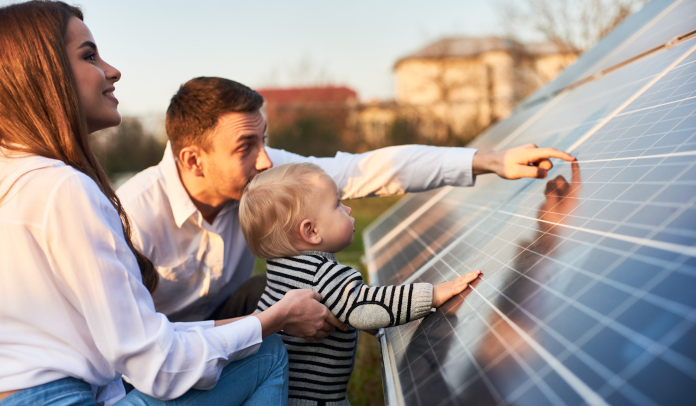 If you own solar panels, there’s up to an 82% possibility that you may have unknowingly supported forced labor, human rights abuses and even genocide in Xinjiang, China.

As the U.S. Government and the current Administration continue to push the global green energy agenda. How much are American’s and the community around the world aware of the high probability that they could be supporting alleged Genocide, Human Rights Violations, Organ Harvesting and Forced Labor in Xinjiang, China through the purchase of solar panels and green energy?

It has been widely reported that the region of Xinjiang, China is currently experiencing mass genocide, human rights violations, forced labor and organ harvesting through the acts and the authority of the Chinese Communist Party and the Central Government. The U.S. Government, under the Trump Administration, officially labelled what the CCP is doing as Genocide. However, it seems as if not enough people across the world are aware of their potential support of these atrocities through the purchase of solar panels, for example.

About the Polysilicon and Solar Panel Manufacturers

Four manufacturers in the Xinjiang region are responsible for nearly haft (or about 48%) of the world’s polysilicon supply. Additionally, over 80% of the world’s polysilicon supply in total, originates in China and according to reports, China controls up to 60% of the solar panel supply chain from start to finish. This will inevitably cause a strain on energy supplies should a conflict brew between China and the Western Nations. Moreover, forced labor in this supply chain shows a lack of regard for the sanctity of human life, freedom and democracy.

The top four polysilicon suppliers listed above are out of the Xinjiang regions where forced labor and genocide is alleged to be running rampant, while coverups and deceit from the CCP are at an all-time high, as Bloomberg shows in their documentaries Bloomberg Quicktake.

Why is the Solar Panel Market Concentrated in China?

Long story short, cheap energy is the root of the problem. It takes a large amount of cheap energy, namely coal power plants to produce polysilicon. In Xinjiang alone, it is estimated that there are at least 41 “MAYOR coal-based power plants”. This concentrated cost in production is exacerbated when the materials are produced in foreign Western Nations outside of China, where energy cost are greater. China’s ability to provide cheap energy through their coal power plants and “cheap labor” allows their polysilicon sector to flourish and beat foreign competition.

But is this cheap labor or forced labor?

Wang Wenbin, who is a spokesperson for China’s Foreign Ministry has publicly stated on February 5th that “We welcome more foreign internationals to visit Xinjiang and see with your own eyes the achievements made there.” This was an interesting statement considering that Xinte Energy, East Hope Group and GCL-Poly Energy have been linked by multiple U.S Department Offices and foreign governments to a state-run and backed employment program that amounts to forced labor. This has been agreed upon by Foreign Governments and Academics.

In a Bloomberg’s documentary, they show how they are taking China Foreign Ministry’s Spokesperson at his word, as they take a visit to Xinjiang. To their surprise, the suppression in the region is a lot worst than they had anticipated. When they reached out to the manufacturers to see how the region is doing, they were either not responded to, given excuses as to why they could not be shown the facility on that day and even told that the “subject is a sensitive situation”.

Moreover, they were diligently followed by two vehicles throughout their visit. Even what was captured in the video looked eerily. From the outside the roads looked fairly empty, no one in sight, empty blocks and empty structures.

Where was the Uyghur community? The few they ran into on their way to work stated that they could not communicate with them and that the company does not allow it.

If you own solar panels, there’s up to an 82% possibility that you may have unknowingly supported forced labor, human rights abuses and even genocide in Xinjiang, China. This of course is not to scare you of the alleged atrocities being reported from this region, but rather to make you aware that America and the free world may be allowing history to repeat itself and even you may be a part of it.

In the United States alone, solar photovoltaic panels have been increasing exponentially with a total estimate of around 97.2 GW or solar energy. According to the Office of Energy Efficiency & Renewable Energy, since 2014 the average cost of solar panels has dropped by 70%. A substantial portion of this is attributed to cheap energy in the polysilicon production process.

The next time you think about green energy, you should stop and consider where the products are coming from.

Are your solar panel vendors or contractors sourcing from Xinjiag, China?

Could you be supporting the Chinese Communist Party’s goal towards genocide and cultural annihilation of the Uyghur community?

Then build from there and get answers to every question you can.