Home Business Is Tesla’s Expansion in China Coming to an End? 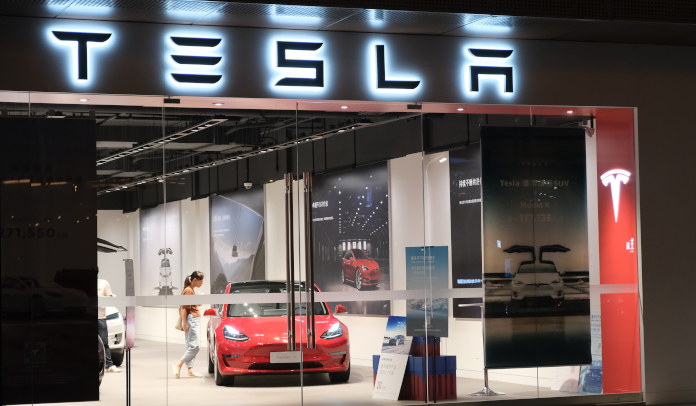 Tesla’s biggest announcement to the Chinese car maker’s economy was overshadowed by a protestor who hijacked Tesla’s booth at the Shanghai Auto Show.

The protestor was wearing a white T-shirt with red Chinese writing which read “the breaks don’t work” and “invisible killer” with a prominent Tesla logo.

Unlike the usual cases where protestors are handled very swiftly and brutally in the People’s Republic of China, this protestor seemed to have been able to sustain her tirade of a show for quite some time. Adding insult to injury, “The Central and Legal Affairs Commission, a high-level Communist Party body…accused Tesla of arrogance and of endangering Chinese consumers by selling defective products,” according to reports. One must wonder if this is the making of the Chinese Communist Party and if so, is Tesla and Elon Musk officially now in the CCP’s crosshairs?

Up to one-fifth of Tesla’s vehicle revenue comes from China. This is surely set to increase with the EV car maker’s announcement during the recent Shanghai Auto Show. Tesla stated at the auto show that “The automaker would start developing some of its vehicles in China from scratch—with new models that would incorporate many Chinese elements”, according to a report on CNN Business.

Is Tesla in the CCP’s Crosshairs?

Considering the numerous events that have taken place between Tesla and the Chinese Central Government, one could surmise that it’s only a matter of time before Tesla has to exit the building. The Chinese Communist Party has seemed to enter into a political and legal warfare with Tesla, in order to push the popular carmaker out of China.

On February 8th, according to the Wall Street Journal, Tesla was summoned by Chinese regulators concerning vehicle quality issues. This is odd for a company that has enjoyed up to 90% or more customer satisfaction. Additionally, China’s top market regulators, the State Administration for Market Regulation said previously that “They and four other regulators had instructed Tesla to abide by Chinese laws and regulations and strengthen internal management to ensure the quality and safety of its products.” According to the WSJ.

On March 19th the Chinese Government decide to impose restrictions on military and state police from purchasing or using Tesla vehicles in Government grounds and buildings. According to reports, there were concerns that Tesla vehicles could be a possible source for espionage and security leaks. This push was preceded by a review of the electric vehicle makers products.

The review prompted Chinese Officials to take action and stated that it “raised concerns because Tesla’s vehicle cameras can record images constantly and obtain data including when, how and where the vehicles are being used as well as the contact list of mobile phones synced to them. Beijing is concerned that some data could be sent back to the U.S.”

RELATED ARTICLE: Facebook VS Apple: Battle of the Tech Giants

Where does Tesla go From Here?

For now, it seems as if Tesla Shanghai is going to tuck its tail between its leg and accept the challenges and accusations being thrown to them from China’s Central Government. On the February incident stated above, Shanghai Tesla replied that it, “Sincerely accepted the guidance of the Government Departments. That they have deeply reflected on shortcomings and was working on strengthening its operations.”

Some have argued that this story is a lot bigger than Tesla, that it is another tool in China’s arsenal against the American economy, by stealing intellectual property, destroying American enterprises and usurping the Western Nations and their rules-based order. All this through monetary, legal and market warfare that give China an advantage in international markets and foreign relations. One example of this would be their new electronic Yuan currency, which gives the party more control over dissidents and helps the party usurp American sanctions.

The legal and political battle against Tesla is just another tool in the shed.