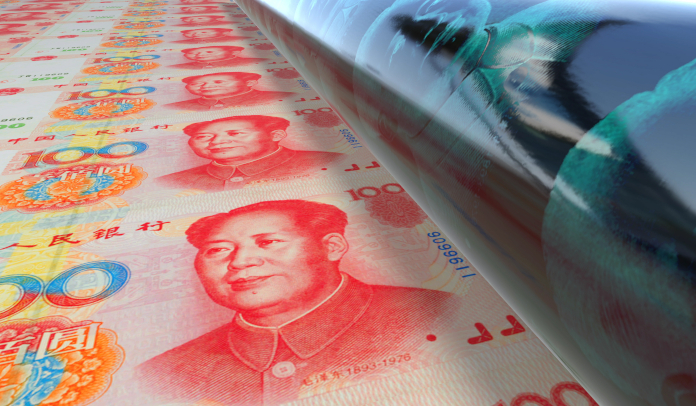 According to reports by Reuters, Chinese Banks should brace for a rough economic impact created by a mounting collection of non-performing loans. Since even before the COVID pandemic, Chinese bad debt or non-performing loans were already at what some consider to be an all time high. According to financial regulators, the decline of the quality of some assets within the small to mid-sized financial institutions was rapidly increasing.

In general, China’s Banking and Insurance Regulatory Commission made it known that profit growth in the financial sectors will decline. More notably the small and mid-size sectors will see a steep fall while the (SOE’s) State Owned Enterprises will see a modest decline.

While the Chinese based financial sectors continue to see impressive profits, will this be offset by a sharp increase in the bad loan ratio, which increased sharply to 2.10%. According to data from the Commission, in 2019 Chinese commercial banks were said to had amassed profits to the tune of $2 trillion yuan during the year of 2019. This was said to be up 8.9% compared to the previous year.

However, non-performing loans were said to have increased to a staggering 3.6 trillion yuan as of mid-year of 2019. Noticing the non-performing trends, according to reports, Beijing has decided to transfer proceeds from local Government’s special bonds to surrounding small financial institutions. The larger part of hard hit non-performing loans takes a toll on areas outside China’s main cities.

How Local Businesses are Dealing with the Financial Crunch

According to a report on Nikkei Asia, the first half of 2019 brought about a 10% increase in non-performing loans. This amounts to a total of some $2.24 trillion yuan or about $313 Billion USD and the trend doesn’t seem to be stopping. According to reports, up to 5% of Chinese based lending is currently in default with no end in sight.

While avoiding asset bubbles in the financial sector by cracking down on speculations may be a genuine effort. It, however, does not help the small business owners like the steel maker in the village of Lujiang who has already defaulted on a $12 million loan owed to the state-run Bank of China.

How are some of these companies buying time, getting around the issue or taking the hit and closing business? In the case of the steel maker, one method of buying time is to create a complex web of land rights under the existing businesses, so as to make the sell off of the asset extremely difficult for the Banks to accomplish.

Compounding the Debt Crisis During a Pandemic

While China continues to post profits, it stands to consider how legitimate their numbers are, after all, they don’t have a good tract record of transparency. The COVID-19 pandemic has hit small and mid-sized businesses in China extremely hard.

Many small and agricultural businesses had no choice but to let the bad debt stack against them during the worldwide shutdowns. It didn’t stop there either. At the same time, President Donald J. Trump imposed strict trade tariffs creating a trade war that hit all businesses in China, which compounded the mounting debt, Chinese businesses were already exposed to. What is China to do?

Some questions the basic responses already presented to the general public. As Reuters stated in their July 11th 2020 report, “Regulators warned of illegal fund flows into real estate and stock market as well as renewed risk in the in the shadow banking sector.” However, the regulators neglected to elaborate on this topic.

Furthermore, is this basic response really the solution to surmounting debt crisis or just another corrupt method of purging whoever they want?

It’s hard to tell with China…