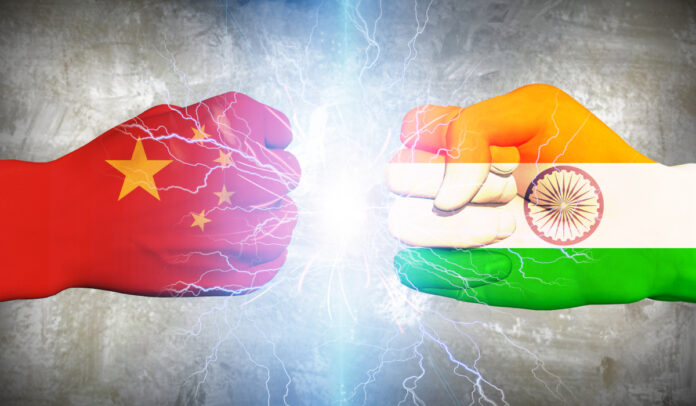 The tenuous relations between India and the Chinese Government leaders (the CCP), over the 3,440km undemarcated border on the Himalayan region has taken a turn for the worse. On June, 16th 2020, after 20 Indian soldiers were killed in a hand to hand combat against Chinese soldiers in Ladakh, the Indian Government had to devise a response. Aiming to retake all of the high grounds and strategic positions, the Indian Government sent in their strategic SFF (Special Frontier Forces) military unit. The SFF is composed of a group of proud, strong and strategic Tibetan Refugee special forces soldiers that have been waiting for the day they can fight back against the occupier of their homeland.

It seems the time has come to fulfill that dream.

First, let’s catch you up on their tense history as nuclear power neighbors and bring you up to speed on current reports from numerous media sources.

India and China have confronted each other before, in 1962, both sides were contesting the undemarcated border, which led to a war where India suffered heavy losses and according to BBC reports, India was dealt a humiliating defeat. Since the terrain in that region tends to shift yeah over year, eventually the Line of Actual Control (known as the LAC) will get blurred between the two opposing parties. This makes them more susceptible to taking irrational actions, which can lead to increased tension and possibly war between two nuclear developed Nations.

Additionally, (brief fast-forward to today) the ties that bind both Chinese Leader Xi Jinping and Indian Prime Minister, Narendra Modi are without harmony. P.M. Narendra Modi has recently banned over 150 Chinese apps from the Indian market after the 20 soldiers were killed, which caused an uproar and a ban on Chinese products within the Indian community. This dealt a blow to China’s technology & economic sectors who is said to have up to a third of their mobile app revenue come from India, both Huawei was negatively impacted by this move. More on this further below but first, let’s finish catching up on history.

In 1914 British Officer Henry McMahon, had drawn border lines to assert and define their area of control during those times. However, Beijing has never recognized the border lines drawn during that time and aims to change the status quo. Currently, China claims well over 90,000 square kilometer of land that is mostly composed of India’s Arunachal Pradesh state. After the 1962 war, both China and India, had agreed to a truce in which both sides would stop militarizing their side of the border and staking more claim on land past the undemarcated terrain.

The India/China conflict isn’t just limited to India and China. India and Pakistan have also had conflicts over the past decade over Kashmiri. However, this is without China’s exclusion, as they have been deploying tactics and relationships with Pakistan that threatens India’s security. China’s proxy aggression towards India, isn’t just limited to Pakistan. Aside from the United States, China sees India as a potential rival and a speed bump along the road to full control of the Indo-Pacific region.

As such, China has deployed measures in neighboring countries as part of their One Belt One Road Initiative that aims to extend China’s political and military influence into strategic positions currently neighboring India.

In the same manner that China feels surrounded by external forces in every border, China is also progressing towards the same goal with India, military supremacy. Some notable points of this, on the China side, is the Quad Alliance with the United States, Australia, Japan, India and Taiwan. Taiwan not yet being anointed into the coalition; however, it goes without saying that the Quad Alliance would expect them to fight back for their own freedom. One could surmise that their cooperation and contribution to the Quad Alliance is already quietly in motion.

Similarly, on the Indian side, China has already acquired ports in multiple Nations through debt diplomacy and the One Belt One Road Initiative. We’ve outlined some below for your research purposes.

At first it may look like innocent diplomacy, but nothing could be further from the truth. When looked on a map, you can easily see that China is asserting its authority and expanding its influence across multiple nation that all surround India in every corner, and provides easy access to the Indian Ocean should the CCP feel they are ready for war. Though at the moment, the CCP lacks the military equipment for such a massive undertaking.

Even till today, intelligence specialist say that China would have a hard time just trying to take over Taiwan by itself, let alone with the backing of the Quad Alliance. Fast Forward to 2020, and we are now looking at a scenario where conflict could arise within the next 10 years.

As mentioned earlier, on June 16th 2020, border conflict kills 20 Indian Soldiers. Shortly thereafter, India sends in the SFF to take over and secure high lands of strategic positions. The Tibetan Special Frontier Forces were successful, suffering one fatality during a routine security check, but claiming a stake on high strategic positions. Immediately after this conflict, the two sides began to increase manpower, ammo and equipment to the LAC. Additionally, both sides began to ramp up development of Infrastructure on both sides of the LAC.

Two weeks ago, both parties agreed to stop sending more men and equipment to the Line of Actual Control in a show of good faith, in order to ease tensions between the two Nations. However, anyone that has done business with the CCP knows that negotiations and agreements are simply a tactic they use to buy time. How much time will this buy for the CCP? and what other strategic moves need to be accomplished before they are ready to go to war?

That moment will mark the start of a new world.