Home Geo Political Is the Vatican Diminishing its Moral Authority? 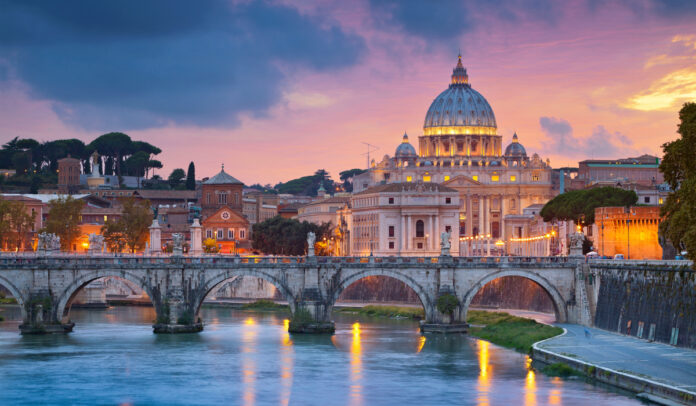 Should the Vatican renew it’s agreement with the Chinese Communist Party?

The Holy See and the CCP put out a joint communication in which The Holy See agrees on a path with the CCP as stated by the Vatican Secretary of State Cardinal Pietro Parolin, “It seems to me that a direction has been marked out that is worth continuing; then we will see”.

In China they have their own version of religions, there are 2 sets of religions, the traditional Vatican approved Bishops and the CCP Approved bishops. They are all state run such as the State Run Buddha association. This is equally the same for Catholics and Christianity within the country. All are equally persecuted by state run regulatory bodies if they do not observe the Chinese state run version of their religion.

On September 29th Secretary of State Pompeo arrived in Rome, yet Pope Francis refused to meet with the Secretary of State. The Pope stated that he will not meet with political heads of states during an election year. Additionally, according to The Australian, Hong Kong Cardinal Joseph Zen, 88, made a trip to the Eternal City. It was said that he wanted to discuss the renewal of the Pact. Zen has been an avid voice against the renewal of this provisional agreement. However, the Pope also declined to meet with Zen to discuss the ramifications of this pact.

According to Vatican News, Cardinal Secretary of State Cardinal Pietro Parolin stated, “It seems to me that a direction has been marked out that is worth continuing; then we will see.”

On September 19th, prior to Pompeo’s arrival to Rome, he published a post in Twitter stating, “Two years ago The Holy See reached an agreement with the Chinese Communist Party, hoping to help China’s Catholics. Yet, the CCP’s abuse of the faithful has only gotten worse. The Vatican endangers its moral authority, should it renew the deal.”

Secretary of State Mike Pompeo also stated, “Nowhere however, nowhere is religious freedom under assault more than it is inside of China today. That’s because as with all communist regimes, the Chinese Communist Party deems itself the ultimate moral authority. An increasingly repressive CCP frightened by its own lack of democratic legitimacy works day and night to snuff out the lamp of freedom. Especially religious freedom on a horrifying scale. I spoke on this topic last year for a bit and I paid specially attention last year to the Uighurs Muslims in Xinjiang. But they are not the only victims, the Chinese Communist Partys’ battered every religious community in China. Prodestant house churches, Tibetan Buddhist, Falun Gong devotees and more“.

The provisional agreement gives the Chinese Communist Party a very powerful voice in which Bishops are selected to serve in the People’s Republic of China. It was emphasized that Vatican will have the final voice on who is appointed. However, with the CCP’s record of doing things their way. With their record of persecution of Tibetan Buddhist. With their record of human rights violation over the Uighur Muslims in the Xinjiang region. With their record of cultural genocide in inner-Mongolia. With the little power the Vatican has over the CCP and a provisional agreement that will remain a secret, is this really an agreement that can be trusted by the Catholic community? And does the Vatican and the The Holy See damage and diminish their moral integrity and authority by renewing the deal?

Create a free account, comment below. This is a developing story, come back to this article for more updates.