Home Health & Fitness Are COVID-19 Vaccine Side Effects Being Censored? 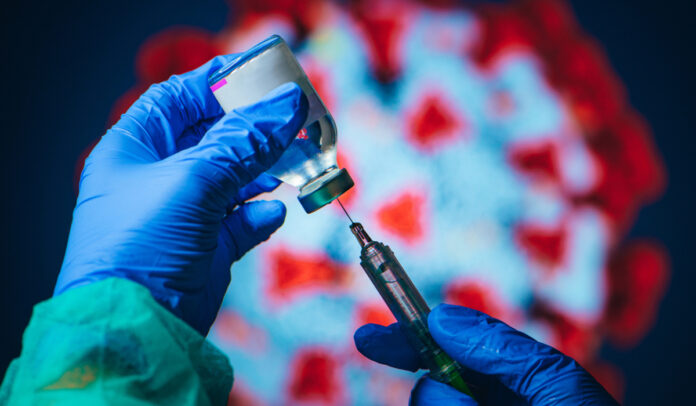 One would think that in a world riddled with viral turmoil, that information on the production and safety of the COVID-19 vaccine would be readily available. However, it in fact does seem as if information concerning the current outcome to patients who recently had the vaccine is being censored from the general public.

This censorship isn’t just limited to public health officials, who are supposed to be the authoritative voice on this. The voice of authority that should provide truthful and detailed information on the progress, both successes and failures. No, it isn’t just limited to them, BIG TECH is also getting in on the theatrics of smoke and mirrors, as is unauthoritative public speakers such as Melinda Gates who has no medical background and who is known more for her marketing career with Microsoft and Philanthropic endeavors through their foundation.

Why do we highlight this intro in such an abrasive manner?

I believe that this information, which is vital to the integrity of the vaccine, our medical institutions and agencies our government rely on should be easily accessible and not receive the cancel culture treatment through the powers that BIG TECH and wealthy influencers can exercise.

In an episode of Tucker Carlson, he brought up a few notable questions that leads one to think. Why is it important to hide the vaccine’s side effects? And is it possible that it could have other unforeseen effects in the near or distant future, such as affecting a man or a women’s reproduction system?

There are thousands of questions one could ask so long as the valid and truthful information is being kept from the general public, which does help to further the message that the vaccine may lack integrity. While this may or may not be the case, a quick Google search can show you that there are ample stories about the negative affects of the COVID-19 vaccine and in some cases, what has been done to suppress them.

What are the Reported Side Effects?

Pfizer is one with legal woes after a Miami, Florida Physician that took the Pfizer vaccine started developing an unusual blood disorder, as reported on by the New York Times. The blood disorder is known as “Acute Immune Trombocytopenia”. It caused a lack of blood clotting, which then gave a hemorrhage to the 56 year-old gynecologist and obstetrician, Dr. Gregory Michael. This was due to a lack of platelets, which is an essential blood component and helps the blood clot.

Another similar story where the patient received the first dose of the Moderna COVID-19 vaccine is the story of Luz Legaspi, age 72 and reported on by the Indian Express. Luz Legaspi woke up one morning after Moderna’s vaccine with blisters that bled throughout the inside of her mouth. Additionally, her legs and arms were riddled with what looked like bruises and rashes displaying internal damage of some sort. She was also

According to online reports, to this day, Officials with the FDA and the CDC have stated that so far there is no direct evidence linking these side effects with both the Pfizer and Moderna vaccine. They also stated that they have heard of these reported side effects and that they are currently investigating the matter and that these cases may be more coincidental than attributed to the newly released vaccines.

On a slideshow compiled by the FDA for the “Vaccine and Related Biological Products Advisory Committee on October 22, 2020”, shows the number of side effects that the FDA was concerned with.

31 million Americans have already taken this vaccine and many of them were in essential related fields such as teachers, Doctors, Government workers and more. Is this a case of “My body, My Choice”? or a case of “Shut up and do as you’re told”?